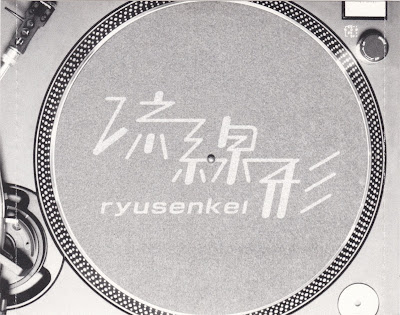 Although most references to the City Pop genre call upon musicians active in the 70s and 80s, a lot of modern City Pop, that is, artists who were influenced by the genre and make music in the same vein during the last few decades, largely go ignored. And while there are plenty of recent musicians that seem to carry the City Pop genre into the 2000s and beyond--the bittersweet soulful melodies of Lamp that summon the sounds of 70s and 80s AOR or the group Ovall and their chill instrumental hiphop--none seems to profess their love of the genre quite like Ryusenkei, a project headed by Cunimodo Takiguchi. The band is far from cryptic in their nods to the 80s genre; the name is derived from the 1980 album by the queen of City Pop, Yumi Matsutoya (or Yumi Arai, Yuming, depending on the time in her career). It wouldn't be far off to say they wear their influence on their sleeve: quite literally, when you look at the cover of Tokyo Sniper, their second album, and how it relays the vibes of the cool, nighttime grooves. Ryusenkei's music is both a love letter to city pop fans and a retrospective of the genre that both retains and transforms the groove of 80s Japan into a modern sound all its own.

Tokyo Sniper was released in 2006 as the group's only proper album after their aptly titled debut EP City Music in 2003. This was about a decade before the "Plastic Love" boom and thankfully, fans today--myself included--can have a better understanding of the group thanks to the resurgence of knowledge now available to contextualize their influences, and youtube, of course, filling in for crate digging. Early innovators in the genre who started the funky and down tempo sound it became known for are the source of inspiration here, with obvious nods to Tatsuro Yamashita and Minako Yoshida injected throughout the album: the refrain from the mind-blowing opening track to Yoshida's Flapper, "Ai no Kanata, "is replicated on "Over the Heliotrope" and the percussive lead up to the sax solo in "Petal" screams Tatsuro. There's also the title track, that seems like it was pulled from a Rajie song called, "The Tokyo Taste," off one of my own City Pop introductory records, Heart to Heart. (and one I cannot recommend enough)

But this isn't just a who's-who name-dropping spree that will amuse a small niche of careful listeners to early City Pop gems. Tokyo Sniper is far from exclusive in its musical language and welcomes those unfamiliar with the genre with a smooth ride through its short nine tracks that can serve both as an introduction to city music and as an excellent standalone record that distills bossa nova, funk, and smooth jazz. It's an original piece of work--hardly a ripoff of the genre--and perhaps this is why, years after its release it has become a mainstay in discussions about the genre of music it emulates, its iconic cover joining the patchwork of albums that comprise City Pop's music canon.

Tokyo Sniper is also on Spotify.