Most musicians composing video game music were not known by name, and instead eclipsed by both the companies they worked for and the now-timeless gaming franchises they worked on.Thanks to the wave of vinyl reissues of video game soundtracks, this trend has been shifting slightly as the focus on the music itself has naturally come with a recognition of the once unknown musicians responsible for the work. Konami's in-house band Kukeiha Club has in particular been prolific, and the group has finally been gaining some well deserved credit for their work on some of the gaming giant's most prolific melodies and memorable background tracks, from the medieval anthems of Castlevania to the 8-bit galactic space tunes that set the backdrop for the otherworldly adventures of Gradius' Vic Viper spaceship and its legacy.

Aside from these nostalgic compositions that became as synonymous as the characters and their respective games, the group also released a few albums sans the "Konami" prefix--just as Kukeiha Club--that often go under the radar. These were minor side-projects of sorts for the band to showcase some original music outside of the game franchises they were usually attached to. With a heavy focus on the style of jazz fusion, these releases are definitely worth a listen for both fans of the genre and those curious about the musicians outside of the context of video game compositions. 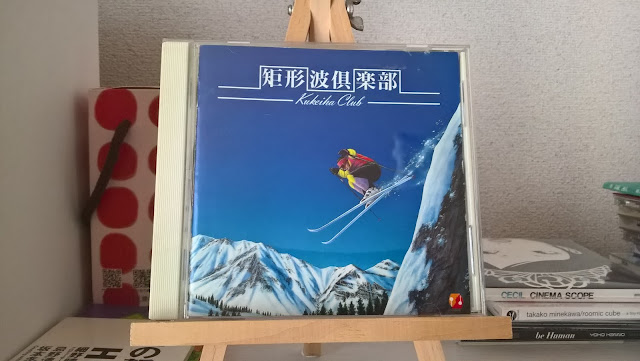 After their debut album Hope, which you can still listen to it in its blue-baby goodness here, Kukeiha Club released their self-titled sophomore release, an album I became particularly interested in after hearing sample online. The usual trio of musicians in Kukeiha Club are joined by the likes of a number of guest players for this outing, which included musicians from some of the most prolific names in Japanese fusion music: members of Casiopea, The Square/T-Square, and Yoko Kanno's The Seatbelts, all make an appearance, plus an interesting cameo by Chizuko Yoshihiro, a composer who worked on the soundtracks of many SNK games.


If you play rhythm games like me, Kukeiha Club guitarist and track arranger Motoaki Furukawa will probably already be familiar to you as will the style of tracks on this album, which recall his work in the Guitar Freaks and drummania series: Captain's Voyage, Dance to the Future, or Get Ready just to name a few of the tracks he is famous for in those games. But glossing over the musicians who appear on the guest list will give those unacquainted with rhythm game soundtracks a pretty good idea of what to expect: that 80s Jazz/Fusion style that recalls of images of tropical beaches, sunsets, and cruising around an island on a sunny day, immortalized by the reevaluation of Japanese 80s music and vinyl culture and its re-appropriation by artists in future funk and vaporwave. If Mint Jams is your, well, jam, then Kukeiha Club will be too.
But that's not to say that fusion fans are the only ones who will enjoy the album. The famous style of Kukeiha Club is at full force here, and all the professional musicianship and tight, melodious compositions that made Konami's music so memorable is everywhere to be found. And of course, video game fans will be in for a treat the instant they hear the electronic organs that begin "Shuffle in the Dark," a track that is an obvious nod to the staple Castlevania track, "Bloody Tears."


Top notch musicianship is everywhere on the album, as can be expected by the virtuoso players who make an appearance. Look no further than the dueling rhythm section solos at the end of "Return to Departure" for some of the best jamming on the album. Arranger and guitarist Motoaki Furukawa really shows his chops on here, shredding away with his signature licks on top the tightest rhythm sections on the planet, showcasing some unbelievably solid drumming by the likes of virtuoso Akira Jimbo, and bassists who were also part of Casiopea.


Whereas its easy to write off the strength of the record as resting entirely on the collaborations with bigger name musicians, I'd like to think that the amazing work Kukeiha Club has done for video games and rhythm games speaks for itself. Unfortunately, the tracks in which collaborators are absent and feature guitarist Motoaki Furukawa performing solo, are some of dull moments in the otherwise interesting collection of tracks. Tracks like "Good Night Pony" or "Twinkling Star" feel like forced attempts to round out an otherwise solid album with a variety of moods even if the formula for the rest of the album works fine as is. There's definitely no reason to dial down the instrumental work on here when its as interesting as this.

Kukeiha Club is definitely worth tracking down to complete your collection of Konami video game music or just to engage with a great package of tracks that feature some brilliant musicians in the genre.
-
Posted by Chris at 2:20 AM