In a few days one of my most frequented record stores in Nagoya, P-Can Fudge in the always lively neighborhood of Imaike, will close its doors after decades of operation--perhaps the oldest record store in Imaike still going strong. Here, I would like outline some cool finds I've had here over the nearly three years I've been in Nagoya to pay tribute to its legacy, to say thank you, and to immortalize the memory of such a cool little place for music aficionados in Nagoya. As the first record store I went to when I arrived, it has a certain special place in my heart.
-
Braving the wild windstorm today, I trecked over to the Imaike neighborhood via the Imaike waterworks path that stretches from the back of Kakuozan station to the area right across the Shin-Imaike building housing P-Can Fudge. 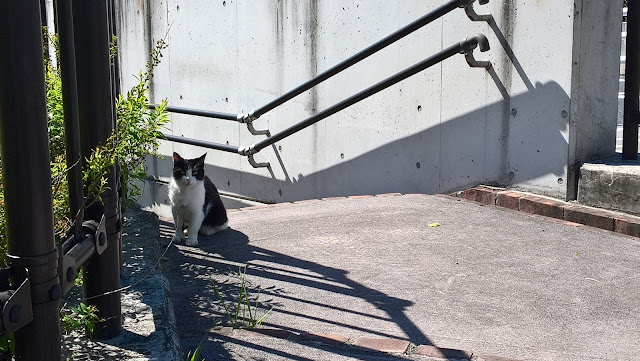 A stray kitten waited for me on the stairs leading down to the path.
Given the shop is on its last leg, most of the vinyl has been picked clean and the stacks were noticeably slim. There is perhaps little left for them to offer in that regard but I found myself instead purchasing a bundle of discount 300yen CDs. 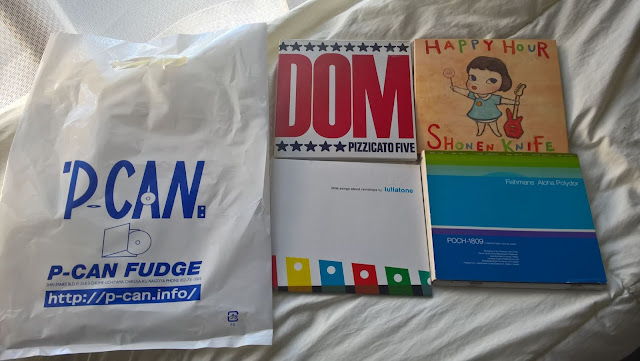 The CDs on the left have been on their shelves since I got to Nagoya so I decided to finally bring them to the counter. This Pizzicato Five album in particular is interesting for its utilization of less electronic sounds and more studio band-style arrangements. A lot of the tracks can be heard in a more familiar, shibuya-kei club fashion on other albums, and it was a treat to be able to listen to them here with more emphasis on drums, bass, and guitar. That the group worked so well even in this form makes me wonder how they could have sounded if Konishi stuck with this style -- it certainly fits the mold of other acts in the shibuya-kei collective, instead of reducing pizzicato five to a duo with him as the conductor, the one-man-band behind the gig alongside the chic and beautiful Maki Nomiya.  Below Freedom is an album by Lullatone, a husband and wife duo that creates delicate jingles for commercials with soft piano and toy instruments. Finding it in a Nagoya record store seemed only appropriate, given Lullatone is(or at least was?) based here.
The right side pickings: a compilation of tracks from the always groovy reggae outfit Fishmans, and an album by the internationally famous rambunctious girl power trio Shonen Knife that was completely necessary for the cool cover art by Yoshitomo Nara. How could I say no? 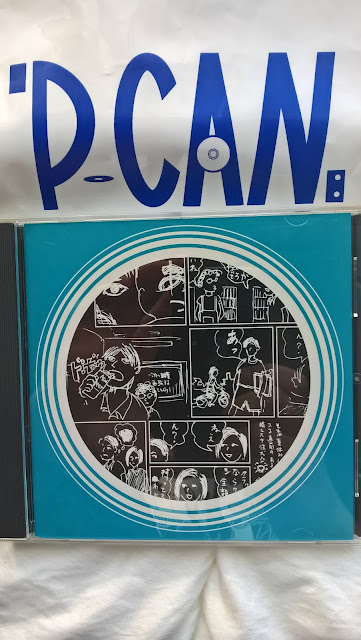 Lastly, I picked a rather embarrassing album from the shelf: The debut album by Japanese indie rock legends, Number Girl. Who, by the way, will be smashing their way across Japan in a reunion tour this summer. This blog used to be named after this exact album so I'm a bit ashamed to say that I never owned a physical copy. Listening to it again brought back fond memories of blasting select tracks on repeat, the shortest ones were all i could download on a dial-up connection with Soulseek, and being completely mesmerized by them in high school. It all sounded so familiar even if it's been a really long time since I've heard anything off of here.

That said, my pickings speak for my early days of Japanese music discovery, and here, again, I have this neat little corner record store to thank for putting me in touch with compact discs that have jogged some really warm memories of sitting in front of my PC monitor at home after school digging through P2P user lists for new and exciting music from Japan, in a time before YouTube and Spotify.
-
Chris