This weekend I finally went to one of my favorite record stores in Nagoya after missing just about every opportunity to stop by in the last week or two and going to just about every other record store instead. The stopover yielded a lot of cool finds and reminded me why I love coming here in the first place. Actually, it was so exciting that I ended up going back the next day to pick up the records I had been mulling over the previous day in the back of my mind...and then I still managed to find some new things I had missed. 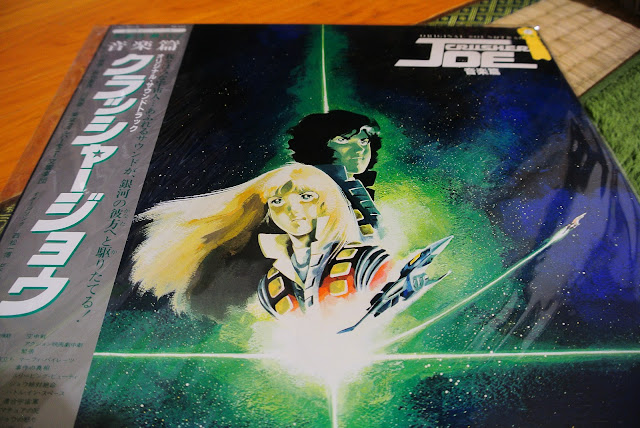 The first day I picked through a bunch of anime soundtracks in the bargain bin and noticed a ton of Urusei Yatsura LPs, most of which I already had (and spent way more money on before!), and Macross ones, some of which I need but aren't particularly excited about. One of the standouts of the selection was this compilation of music from the series Crusher Joe, a space/mecha anime that I haven't watched before but I've seen around. At 300~yen I had to pick it up, if not just for the cover art by Yoshikazu Yasuhiko, whose iconic style is sure to be familiar to fans of the Mobile Suit Gundam series. He did the character designs for this OVA. 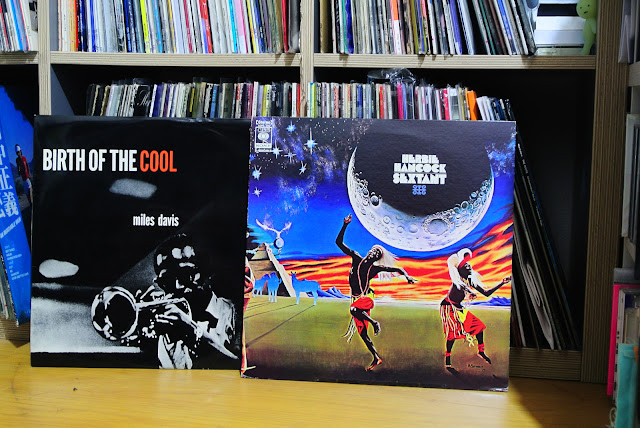 Usually I never find anything by prolific Jazz musicians in the bargain bin, but this time I took home two pretty neat LPs I was eager to listen to. One was what looked to be an old Japanese pressing of Miles Davis' Birth of the Cool and the other Herbie Hancock's Sextant. Davis' record has this cool Japanese record design that's a lot more sleek and glossy than usual cardboard printed ones and came complete with liner notes in Japanese. I usually try to opt for the imported Jazz LPs or the ones from Japan that at least retain the English liner notes and print but again, it was about 300yen so I can't complain. Sextant is pretty beat up but I've been eager to listen to more of Herbie Hancock and didn't mind the condition. I've read that this album is a little less accessible than Hancock's other work--arguably more avant-garde and free jazz--but I didn't find it so difficult or academic. It's become a favorite of mine, an LP I frequently go to if I hover around the jazz area of my shelf. 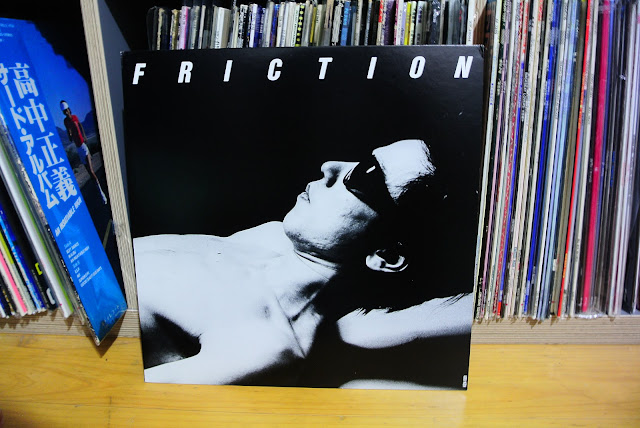 The highlight of this visit was finding Akureki by Japanese punk pioneers Friction, a record that had been on my want list for a while. The jacket is obviously one of the biggest reasons why I wanted it but its also because the band is one of the pioneers of punk in Japan. Ian Martin mentioned them a lot in his book Quit Your Band! as being pretty instrumental in early punk movements and the record lives up to the hype: it's fast, powerful, and aggressive. According to some unnamed sources I read in Japanese, it wasn't fast enough, however, and the band just couldn't really get a studio recording to match the kind of noise and ferocity they exhibited during their live shows, so much so that the record was dubbed a kind of watered down, slow motion version of their concerts. Still, it holds up pretty well and was noted for being produced by Ryuichi Sakamoto even if the band themselves don't really dwell too much on this prolific musician's involvement as the defining force behind it's reputation.

Here's to more finds and more adventures in sound.
-
Chris