Even if architecture isn't your forte, no formal training is necessary to stand in awe of one of Tadao Ando's structures. Ando has made architecture an increasingly fascinating field to me, opening a gateway full of ways to think of our interaction with light, nature, space, and people through buildings. Since two of his exhibitions were in Tokyo the day I was going to be there--one being the largest curated  display of his oeuvre yet to be produced--I knew I had to try and see both. 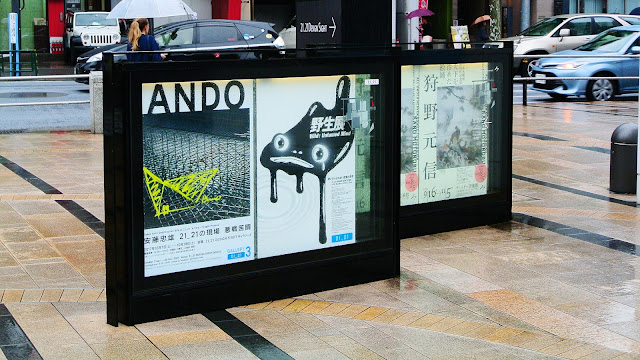 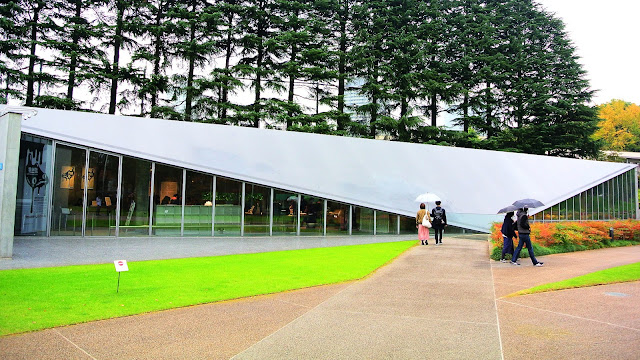 I left Roppongi station and made my way to the smaller of the two: the newly opened 21_21 building designed by Ando. Inside was a small exhibition documenting the process of the construction of the
site, complete with models, diagrams, blueprints, and a time lapse video. 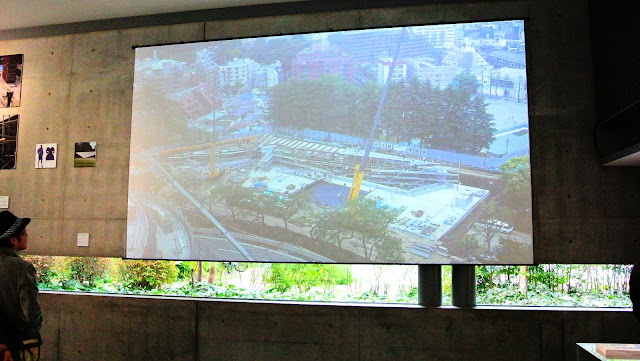 It's quite a stunning piece of work located in a quiet corner of Roppongi. 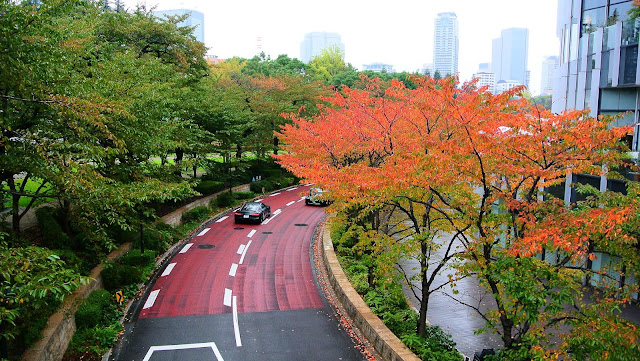 The next exhibit was the large showcase of Ando's entire career entitled "Endeavors" held at the National Art Center of Tokyo. It was a short walk from the 21_21 site but the building was much, much larger than I had thought it would be. 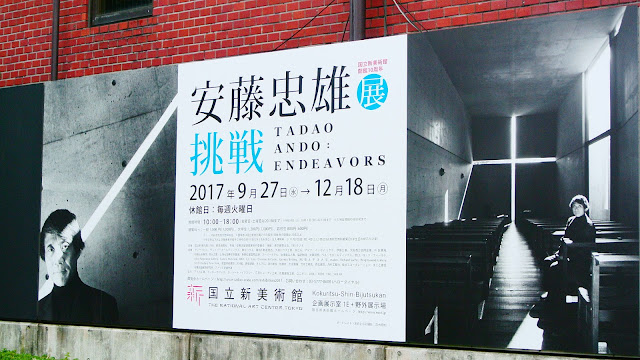 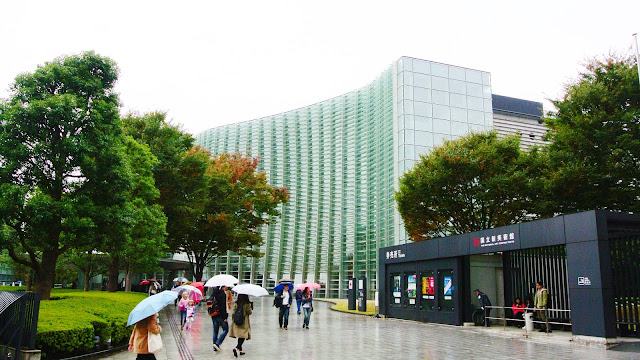 The exhibit chronicled Ando's life as a kickboxer and into his first forays into design. Interesting too was the scale model of the office of Ando, itself a fairly well known structure. Scale models of just about every piece of work he has designed so far were on display in intricate detail. Of interest to me were the comments from the clients themselves, or at least those that still chose to live in Ando's abodes. Many gave some honest comments about the difficulty of living in one of the master's structures--most of which were forgiving and understanding of his dedication to the art (and the sacrifices it entailed for a home, like being able to stay warm in the winter). It's refreshing to think of architecture in the practical sense--are these homes, with all their frills and thought provoking facades, really livable spaces? 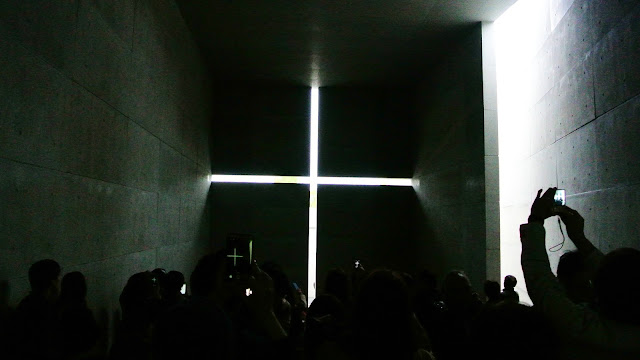 The line through Ando's residential spaces proceeded at a snail's pace but finally a breath of fresh air and no doubt the main attraction: an exact replica of his lauded "Church of Light" structure, built right on the grounds of the National Art Center. Photos were allowed, so you can imagine the amount of phones that shot out to disturb what I expected to be a relatively solemn experience. 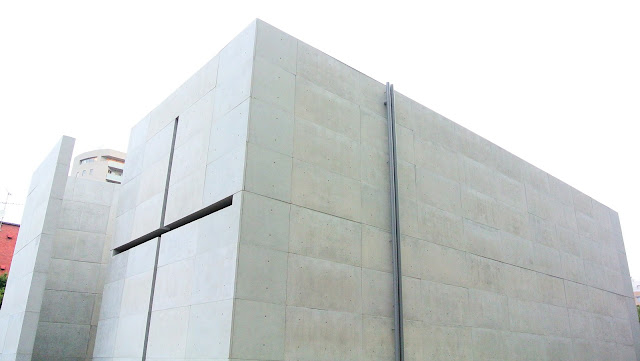 Still, inside and out the building was amazing.
Back inside was a tour of some of his most recent work, consisting of larger projects like museums that occupied a large space in the exhibition hall. It was less claustrophobic and more free moving here, and definitely defined just how far Ando had come from his humble beginnings as an architect for home owners to an international celebrity booked for projects of unbelievable scale. 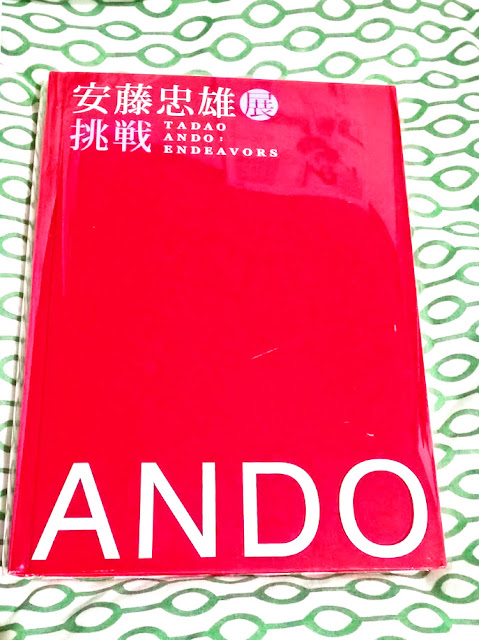 At the shop, I nearly grabbed a neat reinforced concrete T-shirt but opted instead for some post cards and a copy of the exhibition's book. 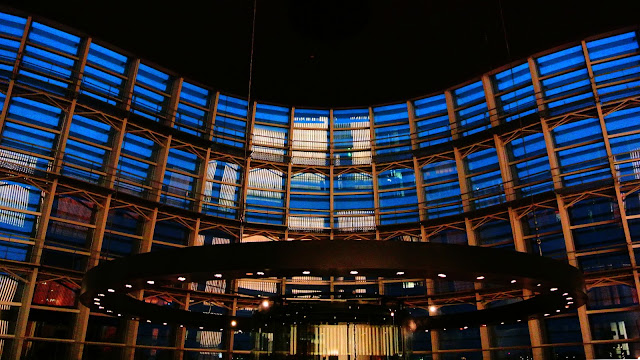 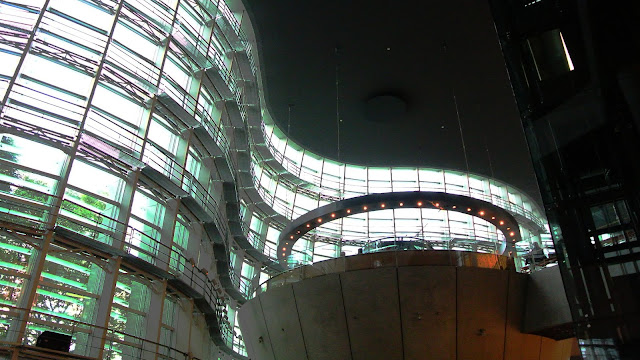 The art center itself was immense and after seeing an exhibit all about architecture, I couldn't help but look at its walls and windows with a renowned appreciation for its form. Walking around with an overpriced cup of coffee to fend off my lack of sleep, walking about the museum itself, sitting down for a sip of my drink, leafing through the pages, and watching the people bask in the lights and shadows of the windows was more rewarding than entering another exhibition hall. 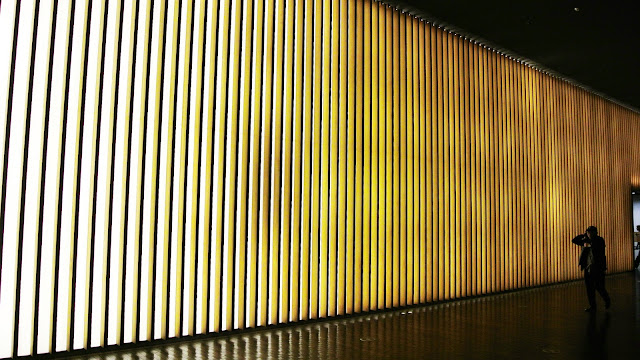 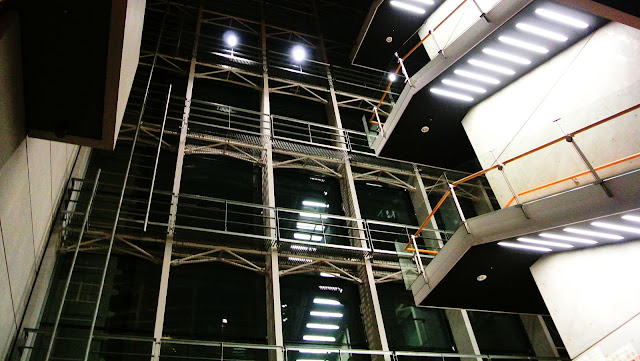 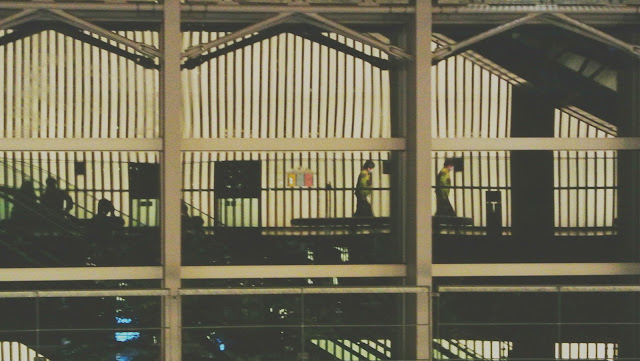