On the Beach with Hosono, Ohnuki, Shigeru / Questlove and Reiko Kashiwagi

I've been toning down my record shop excursions but this week I decided to go back to a store in Osu called Hi-Fi-do to get a record I've been looking for forever.

Everyone knows Questlove, drummer for The Roots, and I really enjoy his seemingly endless amount of knowledge on all things music that he brings to his social media accounts...not to mention his unparalleled drumming talent. Some time ago he shuffled through tons of records in his collection via Instagram's story feature and one of them caught my eye because it seemed to be from a Japanese artist. This was Reiko Kashiwagi's "Dream of Dream," and I took a screen shot to look up the album later; I liked what I heard, and so did Questlove. Tracking it down was way too difficult though and ironically, this Japanese album was pretty hard to find here (discogs, for example, has a dozen copies but none are from Japan!) and the album never appeared in online searches. I had given up until I saw it at Hi-Fi-do last month but passed it up at the time, only to regret it when someone linked a track from the album and I heard it again and fell in love. 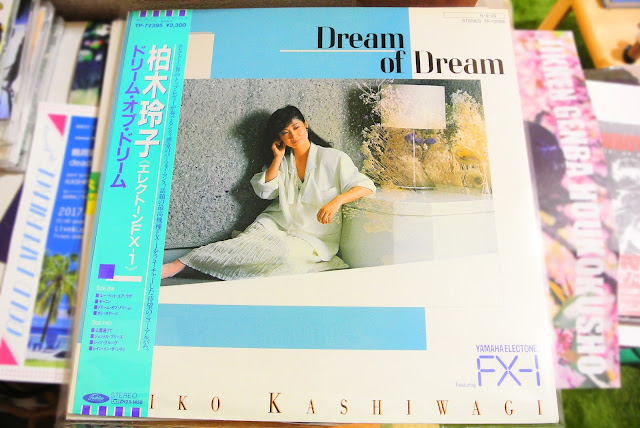 Thankfully, it was still there when I returned. The LP is in beautiful shape and didn't cost too much, but I generally try to wait things out since prices at Hi-Fi-do tend to be on the high side for some records, especially more common ones. On the other hand, they are usually pretty immaculate and come in one of those sleeves I like without the sticky adhesive stuff. 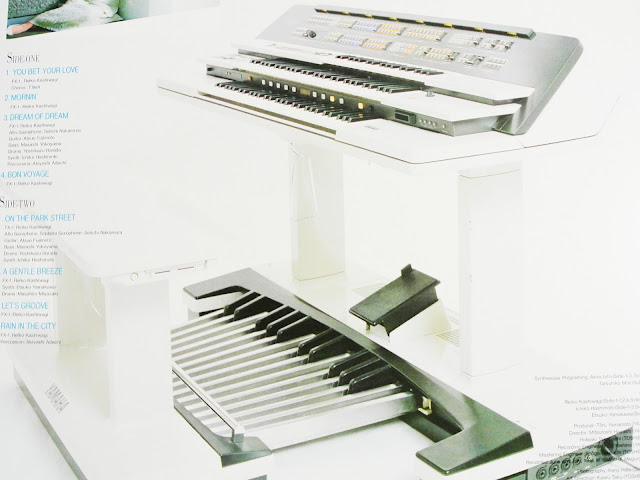 The album is pretty neat and features both originals and covers by Kashiwagi on this behemoth looking "home"(really???) use organ by Yamaha called the Electone. These things were apparently powerhouses at making music at the time, and you can tell that some of this stuff was probably state of the art at the time by listening to some of the tracks, all done by Kashiwagi herself with minimal participation by other musicians. She was somewhat of a virtuoso at this thing and won a few of the worldwide contests held for it in Japan, and her work on this album is just one of many that has her working with this amazing instrument. 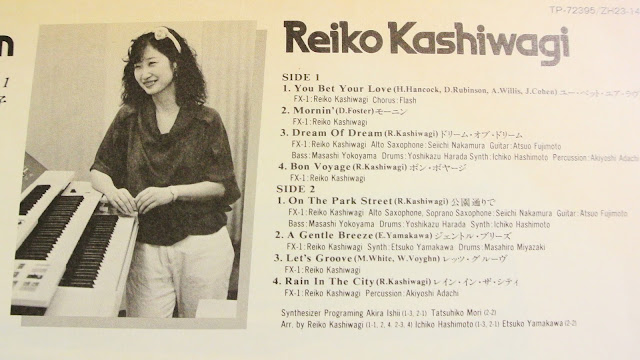 The focus of the record is primarily to show off the synth sounds of the Electone and they are presented with a smooth jazz accompaniment. Think of those background tracks that play while wandering around a city or into a clinic during your favorite Playstation 1 RPG. If that's the stuff you live for then this is just your thing.
On the other hand, this might not be your thing if you can't really groove with the Electone's overall sound. I myself sometimes get a kind of dated vibe from it that sounds vaguely reminds me of the slapped together MIDI compositions that play at the supermarket. I mean, not that bad. But I imagine if you worked at a supermarket and heard this kind of music everyday during your 6-hour shift you would probably want to avoid Ms. Kashiwagi's records at all cost. 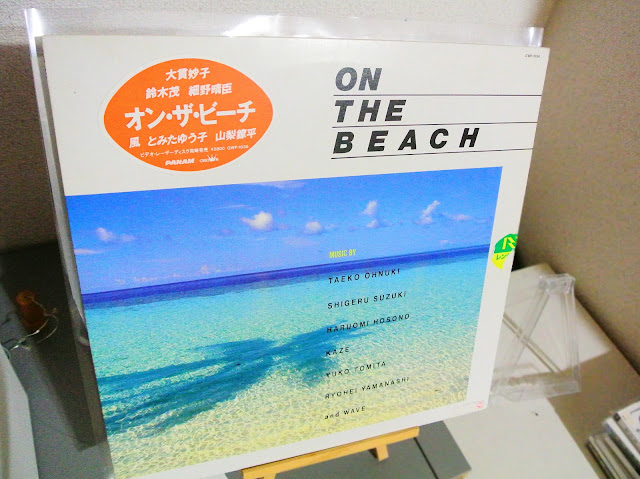 My intent was to be in and out with "Dream of Dream," and if it had already been bought then maybe I would pick up something in exchange, but I couldn't help but walk up with a second LP in my hands. Just as I was ready to leave I leafed through the last stack of V/A records and was shocked to see "On the Beach," a compilation album I never thought I'd ever see in my collection. 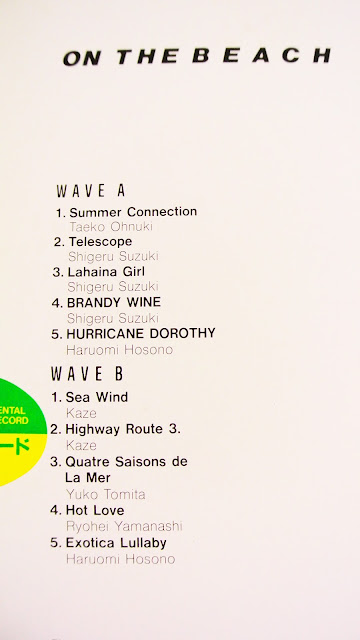 Actually, I almost picked this up before and was sad I didn't. A local record shop in Okinawa posted a photo that declared they had stocked a copy for 650yen while I was visiting the island but I never made it up to the store to check. I hadn't seen it show up online for a reasonable price either, so I thought this was the last I'd seen it...but Hi-Fi-do is always full of surprises, making it worth a stop in once in a while. Even if the copy was a rental record, I thought that paying 900yen was a steal. 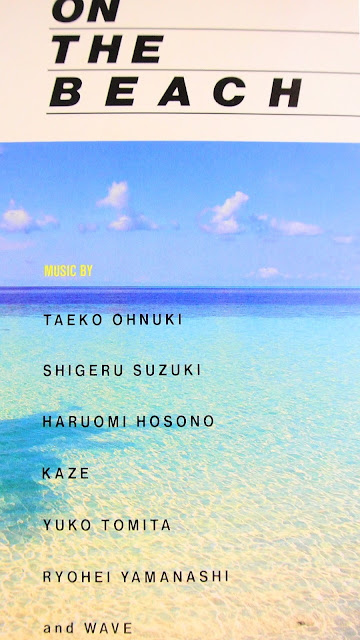 The names on the A-side of the record should make it an easy sell: Taeko Ohnuki, Haruomi Hosono, and Shigeru Suzuki are powerhouses in 70s and 80s Japanese music. Unfortunately, this album itself isn't really an amazing masterpiece in itself and is really just a mixtape with a really well designed cover that features some great tracks with waves in between each of them. That's really all there is to it, so I wouldn't really suggest paying an outrageous price for this one even if it does look great on display.
Posted by Chris at 8:33 AM