A few months ago I made a post gushing about a band from Taiwan called Freckles (雀斑樂團 Freckles) so I probably should avoid introducing the band again and just say that I really fell in love with their easy-going, retro kind of vibe and couldn't believe that they decided to stop by Nagoya for their upcoming Japan tour. 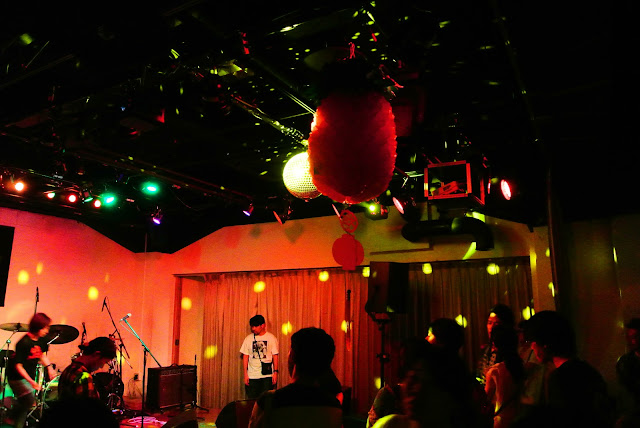 I had never heard of the venue, Lounge Vio before, but it was located in the same neighborhood as plenty of other live houses that I had been to before in the down town Shin-Sakaemachi area. I recently discovered that the neighborhood is also home to a handful of record stores so I arrived early to peruse the crates before hobbling a few blocks over to the massive building that housed Vio in its basement. The venue looked a lot like a spacious venue for hip parties and seemed kind of cozy which was perfect for all the laid back bands on the roster: Hosovoso, a singer/songwriter from Mie, Typhoon Club whose folk/rock/punk actually isn't that laid back but lots of fun, and of course Freckles who were coming from Matsumoto-city in the north having just played Ringo Music Festival. Sandwhiched between the acts were a few DJs who spun wax at the back of the room along with a few food vendors. The gig started about an hour after the 6PM start time. 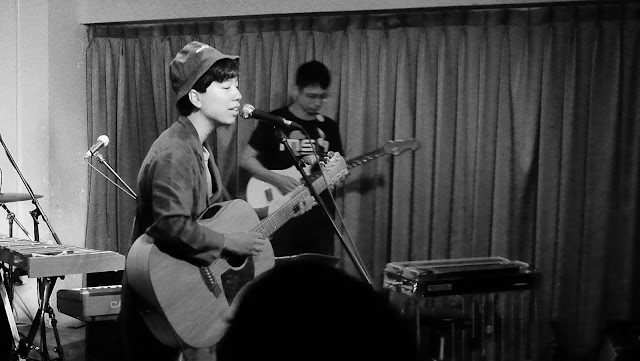 Hosovoso usually performs on his own as an acoustic act but today he showed up with a full band, thankfully, that probably made his sound a lot more full, exciting, and more palpable for me; I can't really imagine myself enjoying his music without the extra punch of the backing musicians, who were all quite talented. Something about his sound didn't quite convince me and he felt way too soft as a musician, something that would be quickly remedied by the next act, Typhoon Club. 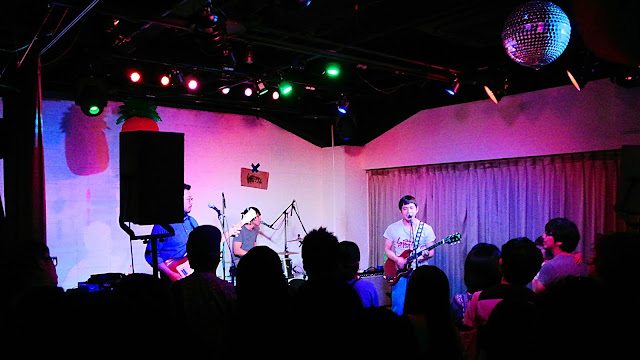 This post marks the third time I've seen/written about Kyoto's Typhoon Club so I will probably risk saying the same thing again, but really, these guys are just a lot of fun. Bouncy, rock'nroll hooks with just the right amount of attitude and fun was the perfect response to the lukewarm opening act. The guy on the right was holding his little son up in the front--no worries, the little dude had ample ear protection. 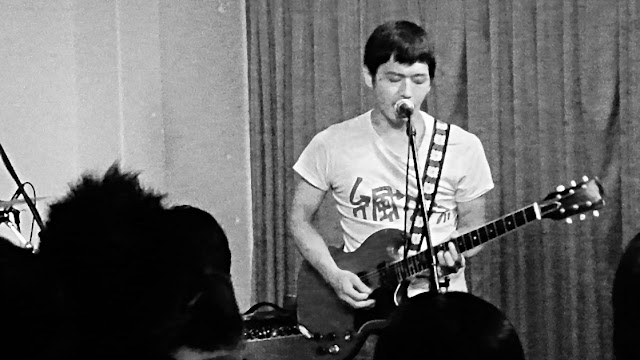 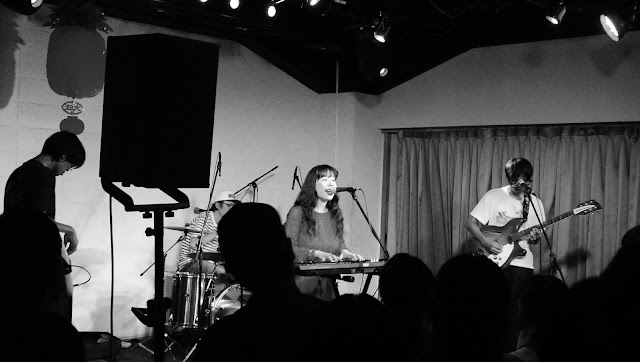 Freckles was fantastic on stage and played many of my favorite songs. I had seen a live performance of theirs once and felt that their sound was a little too stripped down live when compared to recordings, but here it was brilliant and I had no complaints. BenBen kept my attention doing all of her MCs in English so I didn't feel too lost at the gig. While none of the members wowed me with a really revolutionary set of chops, impressive solos, or impromptu free-jazz level jamming, they were chill, laid back, and a lot of fun to listen to and that's all there is to it. I never thought they would be performing the songs off "Imperfect Love" right in front of me any time this year and coming to Nagoya has sure saved me from going out on a limb to travel to Taiwan just to see them. 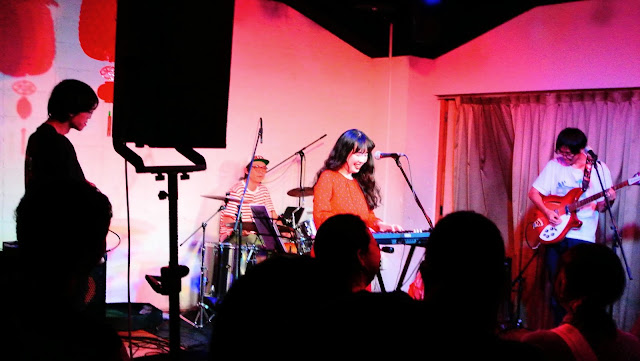