Fragments of the everyday in Haruomi Hosono's soundtrack to Shoplifters 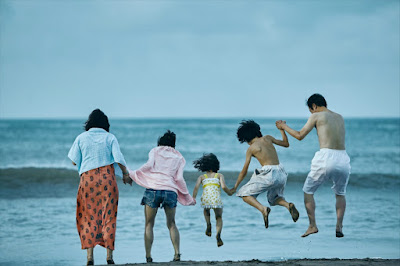 Japanese director Hirokazu Koreeda has consistently churned out films that have wowed audiences on the international film festival circuit and is now in the spotlight once again both in Japan and abroad for his latest film Shoplifters' win at Cannes. I'm a big fan of Koreeda myself and his first feature film Maboroshi has left a lasting impression on me for its slow, affecting portrait of a woman who abruptly loses her husband to suicide and starts a new life. The story is told slowly, with little dialogue, but my favorite thing about the film is the grainy film texture and its portrayal of little pockets of urban Japan and the later scenes by the rural town by the sea.


The music in his films has never been bad, so to say, but I can't say its ever left a big impression on me. Then again, it seems that many of his recent films that I haven't seen contain music composed by some artists I'm familiar with. Nevertheless, music is usually not one of the things I look forward to in a Koreeda film until I saw Shoplifters. The compositions were great and when I eagerly waited for the music portion of the credits to roll by I was shocked to see none other than Haruomi Hosono's name appear in the credits, especially since Hosono's film scores have been something I've been really interested in lately, as evident in my last post.

In some ways it was a surprise but at the same time I nodded my head in agreement. There was something about the ways in which the music was composed that drew masterfully upon the imagery in the film. It melded so well, and the electronic sounds used were very particular and distinct; the style had character and a personality all its own. It was not on accident that these particular tones and sonic textures were used--they seemed to be the result of careful deliberation by a musical expert that had searched for just the right way to craft the delicate moods of the visuals into sound form. 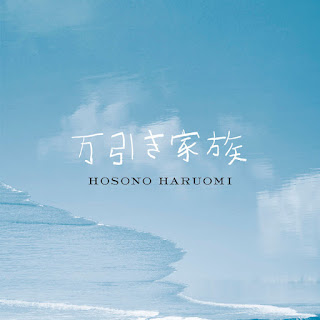 It's  no wonder that someone with the talent to search out instruments and tones from all different corners of the sound spectrum and fuse them into pieces so intimate and embracing would pair with a director that has a similar talent for searching out the beautiful yet intricate details of daily life that we naturally take for granted. Hosono's score also sounds as if the composer dove deep into the human conscious to tease out arrangements that complimented and represented these simple moments and the emotions they carried in the film. The choice of Hosono's style of minimalist electronic sounds versus a full scale orchestra matches perfectly with a film that focuses on a marginalized group of individuals in Japanese society living a meager but happy lifestyle. It highlights the small joys of daily live that are rooted in the bonds we share with other people, "family," whether this word implies blood relations or not. Orchestrated compositions would have felt too moody for the film, too grand for its subtle depictions of the mundane. A score placed at the wrong moments or simply used too liberally in the film would, too, have felt out of place as well for injecting way too much forced emotions through sound. The almost atonal air of Hosono's work feels strangely distant and chained to the film, in a way that never tries to frame the scenes, to suggest a certain mood. That's the beauty of Koreeda's film, one that I remember vividly from Like Father, Like Son: he is a director that depicts the trivial but exponentially complex tangles of human emotions that are never easy to convey. We feel many things in a Koreeda film, and Hosono only helps the director by adding a fantastic score that echoes his efforts. I would like to think that besides the hard work of all those behind the scenes, the director, and the talented cast, that Hosono's memorable soundtrack for Shoplifters was also instrumental in the film's win at Cannes.

The soundtrack is available on CD in Japan, and streaming worldwide via Spotify.
-
Chris
Posted by Chris at 9:48 AM