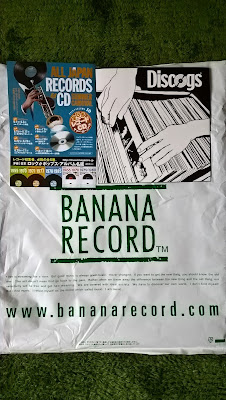 I don't usually make any memos on my calendar, but thankfully I did this week for another one of those rotating record bazaars that would be making its way through Nagoya. These weekend events are a collaborative effort between record shops across Japan, with each bringing a bunch of boxes of records and setting up in a single location. I usually find some things out of the ordinary and for a good price that I wouldn't otherwise dig up at the usual spots in town. It's a lot of fun being able to go through so many records all in one place without the hassle of going on a trek of all the local ones. It's a fun way to peruse a selection of records from multiple record stores all in one convenient location and I always make sure to stop by at least once to see what I can find. 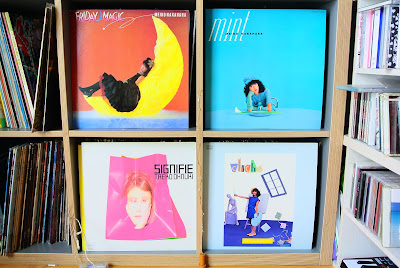 Each store prices their records differently so it becomes a kind of game after a while to try and find the best price for a certain record. I've been reading one of Taeko Ohnuki's books lately and listening to a lot of her past work, like the long awaited re-issue of her album Mignonne, so I picked up Signifie and Cliche, two of the albums I'm missing form her catalog, without hesitation. I found a copy of Signifie not long after I arrived on site, but as I continued to dig I kept pulling it up again at a cheaper price from the next vendor's crates. In the end, I opted for a 540yen copy that was pretty similar in condition to the others but half the price. Both albums are more of her delving into synth pop, with the production and arrangements by Ryuichi Sakamoto of YMO fame. Sometimes it's hit or miss, and definitely different than than jazz/fusion of the now eternal Sunshower, but Sakamoto's compositions and Ohnuki's signature vocals make them both worth a listen.
Meiko Nakahara's mint was also something I swapped out down the line for a better priced copy. I was surprised when I found her work is pretty popular in city pop circles and I have to admit I'm a bit late in discovering her: the albums are both pretty groovy. Initially I had only listened to her because of her contribution to the anime Dirty Pair. 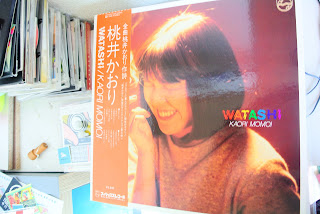 If you subtract the forgettable ballads and more cliche pop compositions, Kaori Momoi's Watashi is not half bad. I picked it up for the track Doshaburi Neko.  I'm not such a big fan of her voice; its a little bit on the lower side but fits well with some of the styles on the album (why it's labeled as a ragtime record on discogs is beyond me...). Apparently Momoi is also an actress, and has been more active in the film industry than in the recording industry: she has starred in many flicks since the 70s and even in Hollywood productions a few times. Interesting! 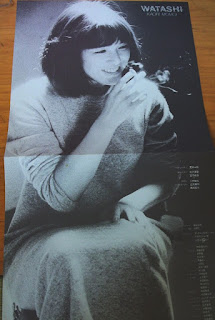 She looks pretty cool in the inserts. 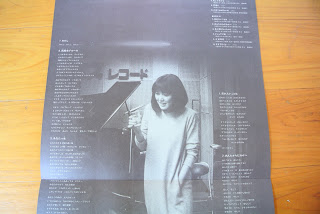 Sadly, I had gone to the record sale in the first place in hopes of finding a few records and came back with none of the ones I was searching for. And to make matters worse I had only an hour or so to look through everything so I actually went back once more to check out the stock again, finds for another post.
-
Chris
Posted by Chris at 11:13 PM