Haruomi Hosono is a legend in the world of Japanese music who needs little introduction. He became well known as part of one of the country's earliest groups to embrace the now worldwide moniker of J-pop, Happy End, but is even better known for his role in the trio Yellow Magic Orchestra, pioneers of electronic and new wave music with a reputation across the globe. Hosono has been a part of numerous other groups as well, not to mention all of his song writing credits and participation as a session musician or in backing bands for any number of famous solo acts: Yumi Arai and the eclectic Akiko Yano just to name a few of the favorites, and a comprehensive list of all his credits could easily fill a dictionary sized manuscript. It's hard not to randomly dip your hand into the sea of Japanese music and pull something out that hasn't been directly handled by Hosono, or at least in some way or the other influenced by his music in some way.
Hosono resounds in just about every corner of the Japanese music scene and navigating the amount of work he has put out can be a daunting task--where do you even start? I would suggest his solo career, an equally expansive catalog, in terms of quantity, quality, and genre diversity, but perhaps an easier to traverse library of albums that captures all the twists and turns his musical interests have taken, from the early folk sounds of his debut Hosono House, to the more experimental, electronic urban landscapes that emerged parallel to his work with Yellow Magic Orchestra in the 1980s.

The year 1985 was a particularly busy year for Hosono, putting out four albums in his solo catalog alone: Coincidental Music, Mercuric Dance, Thinking like Talking, and the film score for a little known film called Paradise View. The latter is probably the least well known, being a film score, and as such, sort of existing on the periphery of his body of solo work, not quite qualifying itself to be heralded among the aforementioned three albums. Still, Paradise View is an interesting entry into Hosono's work that provides a mystical sonic exploration of Japan's southern island Okinawa, the basis of the film. Hosono's take is less of the airy acoustic guitars and ukelele found in every travel commercial and instead paints with sounds that evoke a mystical air, using his synthesizer to traverse the exotic jungles rather than the shorelines. The 30 minute compilation feels a lot like it could be parallel to the acclaimed soundtracks for the early Donkey Kong games, and I mean that in the best sense of the word. 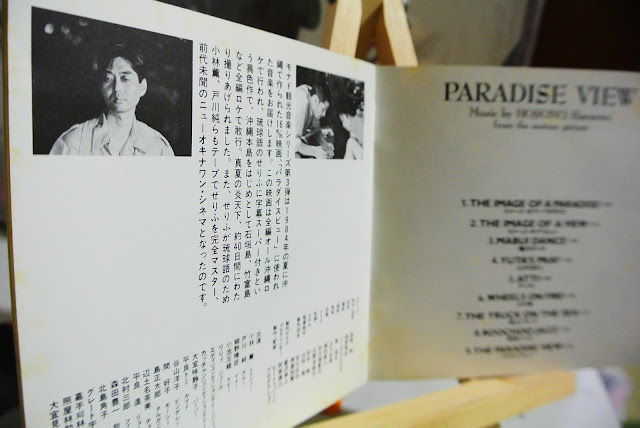 While it may seem like a small, insignificant little drop in the bucket of Hosono's endless stream of sound production, the soundtrack to Paradise View is quite important because it is one of the few traces of the little known film it is attached to. A hallmark of 'Okinawan cinema'--the film was noteworthy for employing the island's traditional language in its script, making it a Japanese film that no Japanese could actually understand without subtitles--Paradise View only saw a home release on VHS and in recent years has been screened in limited numbers through festivals and retrospectives of its director, Go Takamine. Listening to the film through its soundtrack is much easier than seeing it, giving added weight to music here since it serves both as score and accompaniment and also as a springboard to fantasize about what the film looked like. Noone else could have been a better choice for transposing the mood and images of the film into sound, and I feel confident that the soundscapes by Hosono are reminiscent of an equally rich and complex images that the film will contain. So perhaps not having the film conveniently at one's disposable to form the images that pair with the words makes this soundtrack especially unique. The film seems to be garnering some cult attention however, and according to a Twitter, it has been screened in Blu-Ray at recent exhibitions...which could signal a future home release.

If the film didn't need another reason to be sought out by Hosono lovers other than the man's musical involvement it would be for his role in the film itself: he turned down initial offers from the director to be cast as the lead and instead opted to star in the film with a supporting role. 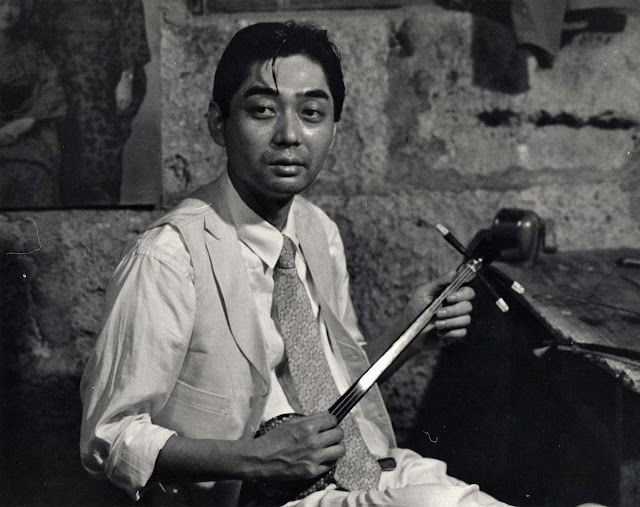 Speaking of the cast, the female lead is none other than the 80s anti-idol Jun Togawa, a cult figure in her own right that still holds a huge following in the Japanese underground. I can't fathom how the film remains so obscure and unobtainable with stars like Hosono and Togawa attached to it. 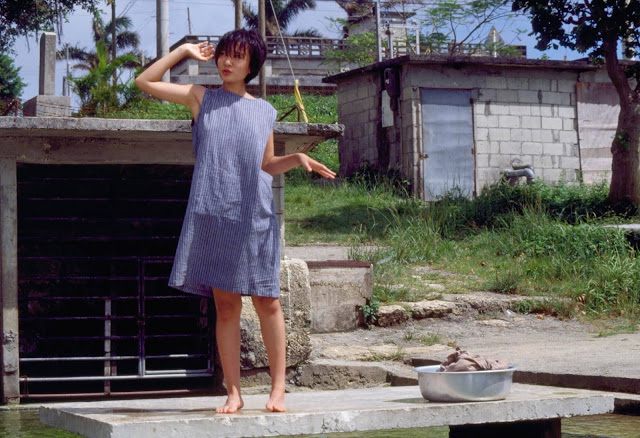 For now, however, a fanciful piece of the soundtrack and low-res bonus footage of the film is on Youtube that can be used as a kind of referent for piecing together the pieces of Hosono's score with images of Okinawa. Let's hope for a home release soon so more people can see this wonderful(???) film. 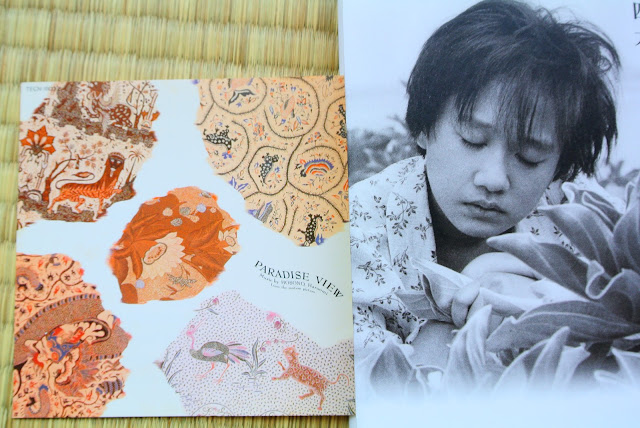