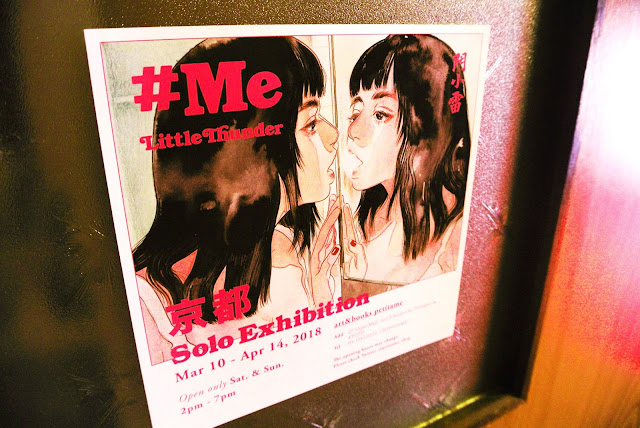 Hong Kong based illustrator and comic artist Little Thunder has just released a new book entitled #me, a collection of her latest artwork that consists of intricately drawn portraits of beautiful women with an accompanying, often humorous, comic. They all flaunt a gorgeous outer appearance, honing a keen sense of color and fashion that is paired with something revealing, playful, and unique about their interior, explained via single page comics that both tell a lot about their characters through actions and interactions with their environment. Without words, Little Thunder captures emotions, actions, exclusively through images, telling short, single page compositions into works of art that transcend the need for language.

popotame in Tokyo hosted a gallery to commemorate the release of #me, and the artwork recently moved to its smaller satellite in Kyoto--a lot closer to me and well worth a short day trip. 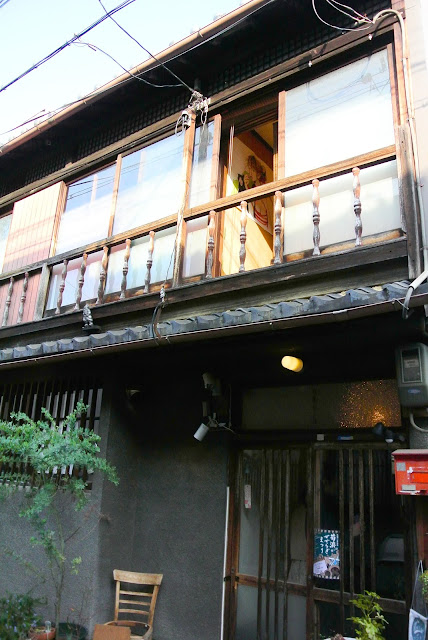 petitame came up on my map as being located in a "Gozu Mall." I assumed, but thought it strange, it was a shop in a large building in the busier shopping district of Kyoto but I couldn't have been more wrong. The bus passed the crowds of pedestrians and let me off at a quiet little neighborhood with a riving running on its side and with no people in sight. I weaved through streets of old-style Japanese architecture--this is the real Kyoto, I thought--until I was convinced I had made a mistake. But sure enough, the two-story house in front of me was Gozu Mall indeed. I heard recently that it was a trend to have small art galleries and popup shops in refurbished architecture, and this was a very cool example. 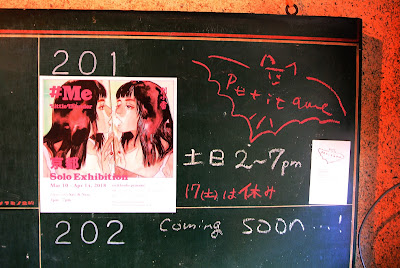 I had to take my shoes off in the doorway. There was a room directory, but it seemed like 201 was the only one open at the moment. 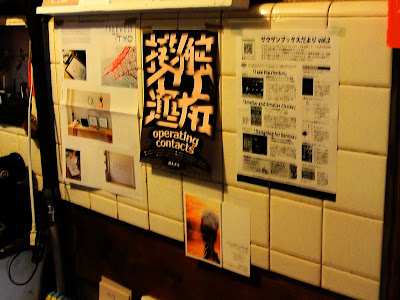 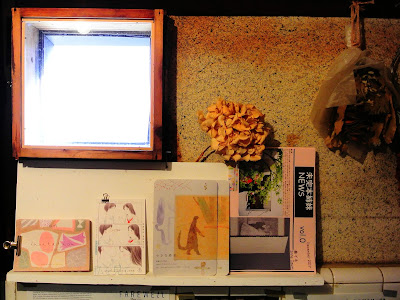 Once a house, the kitchen was still intact although it now functioned as a space for promoting upcoming events. 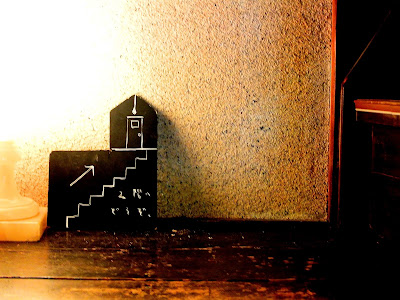 A placard on the narrow wooden stairway to the second floor. 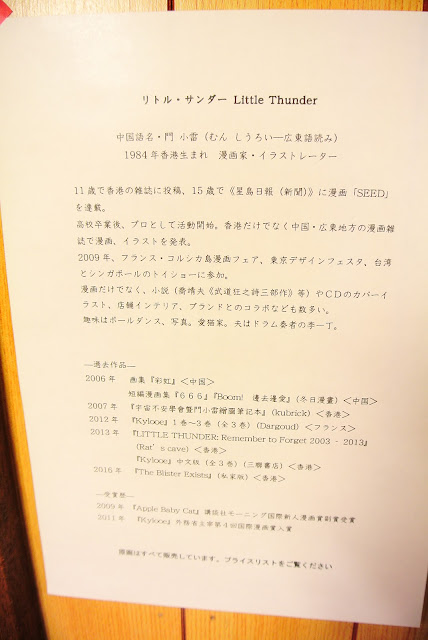 The gallery space itself was probably once a bedroom and therefore it wasn't very large at all. It was far from an art museum but the space itself lent a really down-to-earth quality to Little Thunder's artwork. In some ways it felt like this intimate space, this bedroom, almost, was like her own intimate work place, a place she could proudly hang up her artwork on the wall. I read that popotame was quite surprised that she insisted that no frames be used and her drawings hung up as they were and in this environment, that too gave it a real air of authenticity and intimacy. I felt like I was in a friend's room, looking at her work. 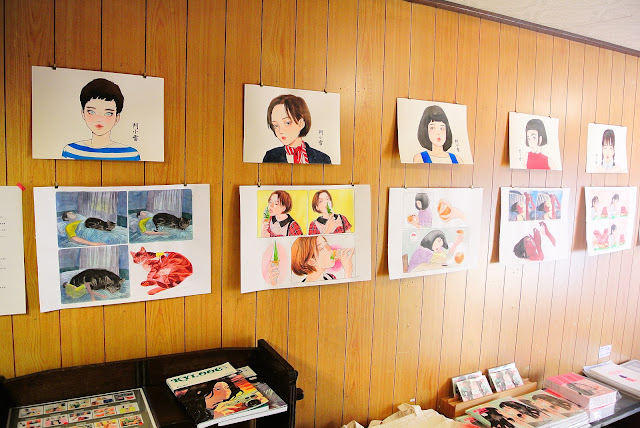 The exhibition runs until April 15th but is only opened on Saturday and Sunday and has some instances where it isn't open. You can check the petitame website for more details and they urge anyone interested to check twitter before making the trek in case they may close at the last minute. If you're in the area, its only a few minutes by bus from Kyoto station--walking is possible too--so it's definitely a great opportunity to see her artwork and pick up a copy of #me.
-
Chris
Posted by Chris at 1:56 AM