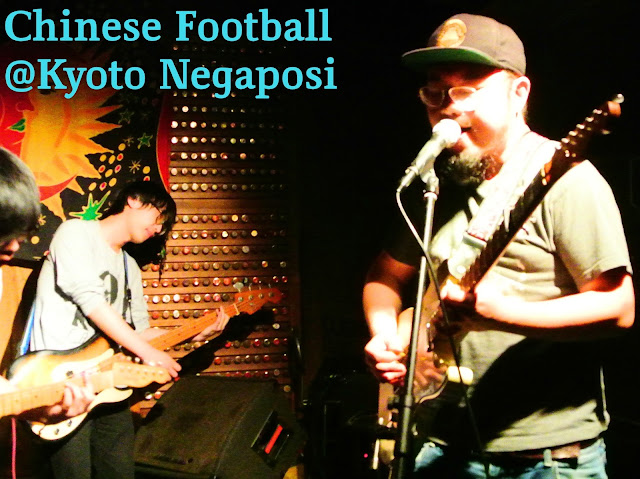 I get handed a lot of fliers after shows by eager band members waiting outside the concert hall but I remember one in particular that I held on to after seeing toe and Into It, Over It in Tokyo. The art was cool but who the hell was Chinese Football, and did they have anything to do with American Football--the band, not the sport? 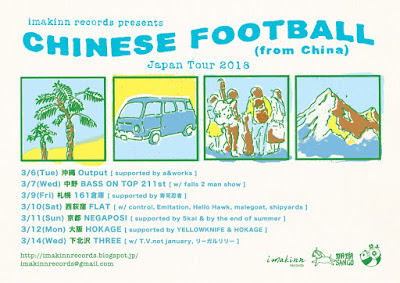 And of course, they do. Hailing from the city of Wuhan in China, Chinese Football is heralded as the quintessential indie act from the country, selling out huge venues at home who have come to adore their blending of the mid-west emo made famous by their idols. Chinese Football wear their influences on their sleeve but sometimes I think you need that kind of unabashed honesty to create something that, while not experimental or genre bending, has its charm in its giving listeners something familiar, nostalgic, and kind of comforting. And of course, the band do a lot that isn't exactly American Football sounding anyway.
They've made some waves in Japan too, not just because of China's geographical proximity gives them the opportunity to tour here quite often but because a few years ago vocalist/guitarist Joha took up residence in Kyoto. And it's in this city that I would first see them years after I got the flier from that toe/Into It, Over It gig. Sometimes, things just turn out that way. 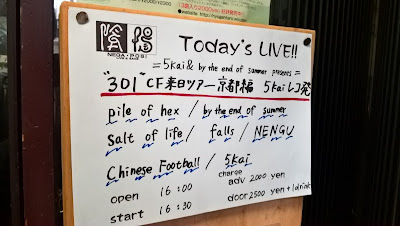 Negaposi was, thankfully, in a quiet district of Kyoto away from the tourist attractions. It was also a lot earlier than I anticipated and featured seven, yes seven bands, playing from 4:30 PM until who knows when. By the time I got to the venue after totally losing my way on the myriad of the city bus system, I just saw pile of hex play their last song. 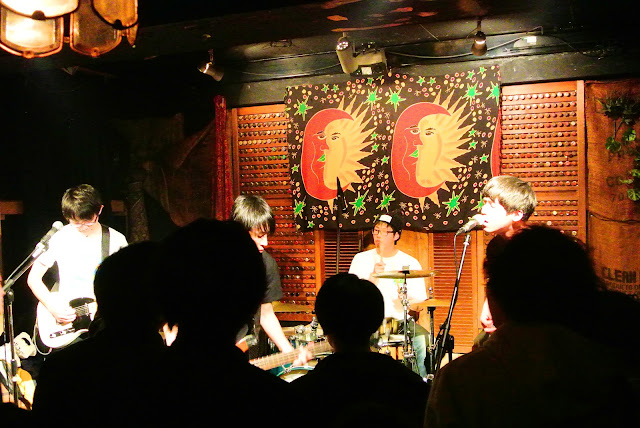 by the end of summer seemed to be the crowd favorite that night and they were indeed one of the better bands on the roster. They were young but reminded me a lot of the pop punk and emo bands I listened to in high school, and seeing a bunch of kids packed in a tiny closet of a live house brought me back to all the small shows people would host in their garages. I can't say they would wow any music critics for what they do, but it was a nostalgic kind of sound that I admit was catchy and fun. 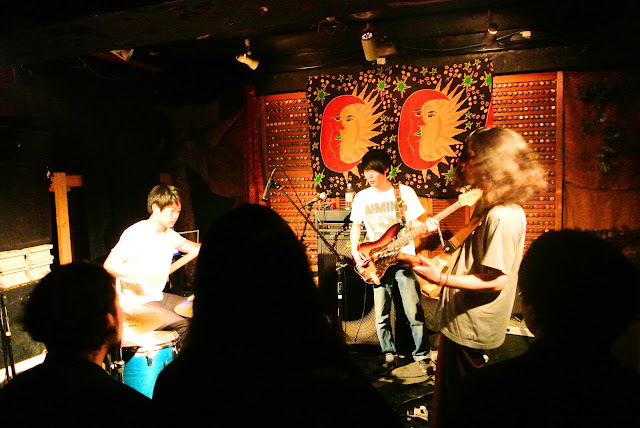 Nengu was another noteworthy band on the roster, a three-piece who I had heard of before and knew were going to completely destroy the stage. The three of them were fierce and for some reason they felt a lot louder than all the other bands, playing with composure but frequently diving into bouts of pure abrasive chaos. I loved the little GameBoy SP music device the drummer used to trigger some frantic electronic samples that were the intros to some of their songs. 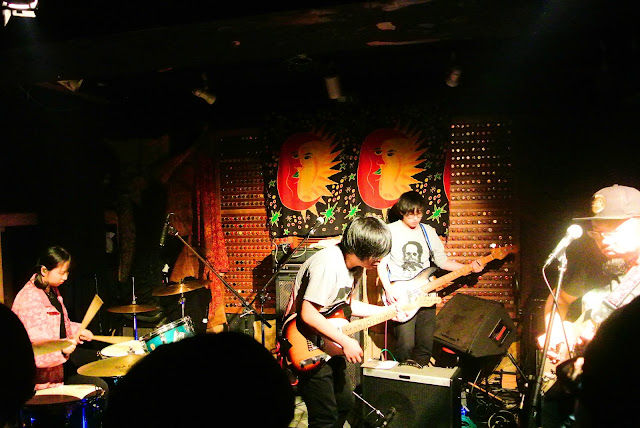 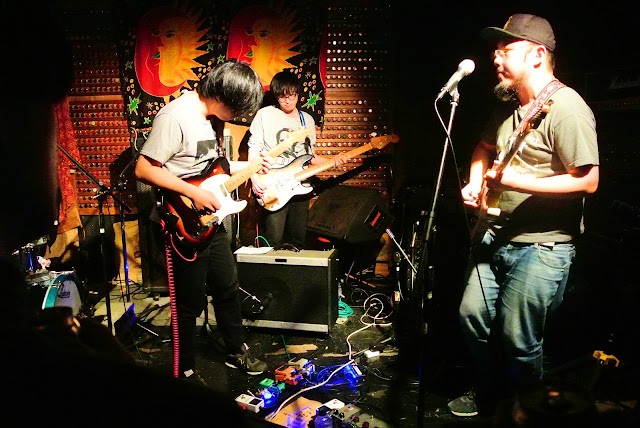 And of course, Chinese Football. The band put on a great show playing most of the songs off their latest EP which I've had on repeat for months. They were a little nervous even if it was a small crowd but they had everything down tight, their jamming was sublime. Of course the mid-west/math rock guitar sound is beautiful and one of the most appealing parts of this genre, but the bassist was really impressive too, as was the cute drummer who looked like she was took sick to play and wanted to leave immediately. I don't blame here--it's been a while since I was at a live house too and the smoke killed me.

Here's hoping they come to Nagoya on their next tour so I don't have to go all the way up to Kyoto again...not that I mind.
-
Chris
Posted by Chris at 1:21 AM