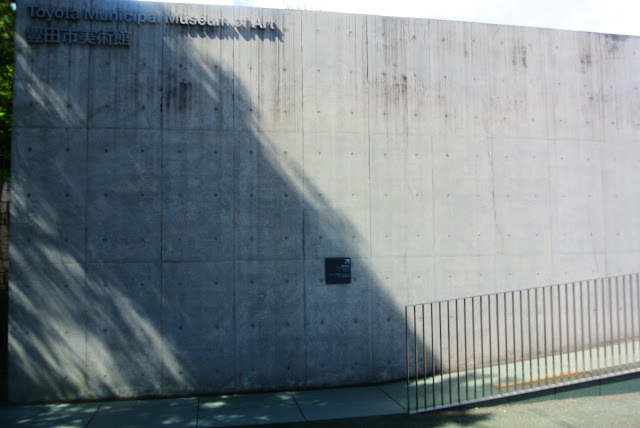 I've already become accustomed to people bashing Nagoya for never getting events as good as Tokyo to the east or Osaka to the west, and even southern city Fukuoka having a better turn out when it comes to things to do. But it's not like Nagoya has nothing, and this summer I attended a few art exhibitions that actually boasted some exclusivity to my city, proving that maybe it's not always left in the dust. One of those was For Better or Worse, an exhibition of artist Yoshitomo Nara's work held at the Toyota Municipal Museum of Art. 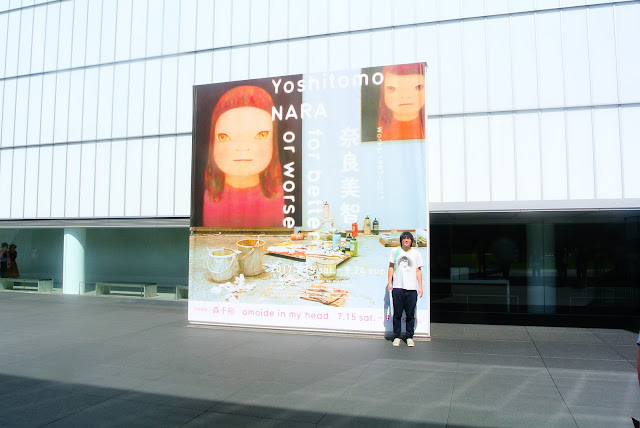 There is actually some neat trivia for why Nara may have chose this spot to showcase his work: although he is from northern Japan, he went to college here in Aichi prefecture, at an art school out in the sticks, and returned regularly after his sojourn in Europe to meet with friends and mentors He even made special note to mention that it was, indeed, not Tokyo where he found himself but right here in Aichi prefecture, an often passed over, boring old city. It was inspiring to read his words and to know that one of my favorite artists spent time here where I am now. Where I live now seemed not to matter, or rather, it seemed more meaningful now that I knew Nara had been here, too. 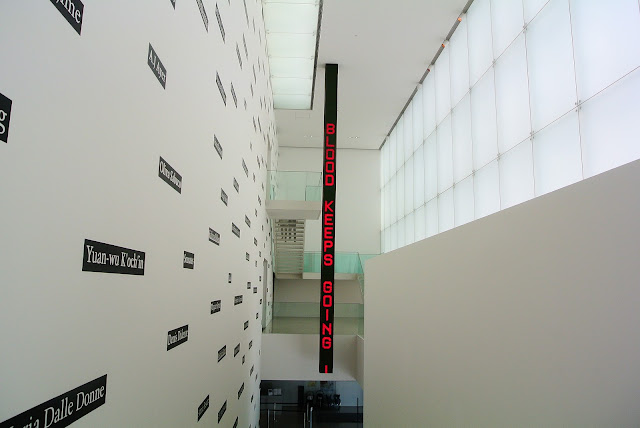 The exhibit itself didn't allow pictures of course, but it was an extensive exploration of just about everything Nara has done in his career, from early unpolished works, sculptures, and a large selection of his latest works. It was interesting to see how his signature character styles have changed and evolved over time. The first exhibit was a giant wall of records, extending from the floor to the ceiling, that inspired Nara and acted as his early "art collection," mostly 60s-80s era Western rock classics. On the other side were memorabilia and books arranged on wooden shelves that were also inspiring to the artist...it's good to know he was also a fan of the 80s starlet Tomoyo Harada. I was also impressed by the numerous installations. The fountain was bizarre, placed in a well lit room with only the sound of flowing water audible, but the cabin you could enter and observe was the most intriguing. I entered just as the stereo inside started to play "California Dreamin," a track fresh in my mind from watching Chungking Express a few weeks earlier. The guitar case on the floor beneath a particular painting didn't seem to pique anyone's interest but it was a bit hard to swallow for me: this belonged to the late vocalist of bloodthirsty butchers, a band Nara had drawn the album covers for. Honestly, I hadn't expected there to be this much of his work on display and I was thoroughly satisfied with the sheer amount of content available. 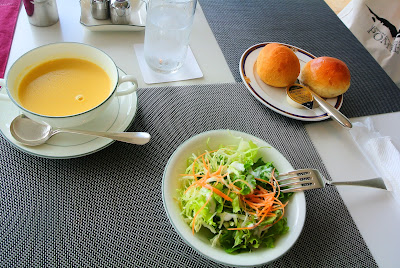 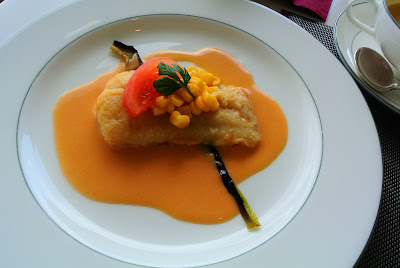 I had lunch at the museum's restaurant which wasn't bad at all. It was a fair price, too, at about 1500yen and included a great view of the architecture on the second floor of the museum. 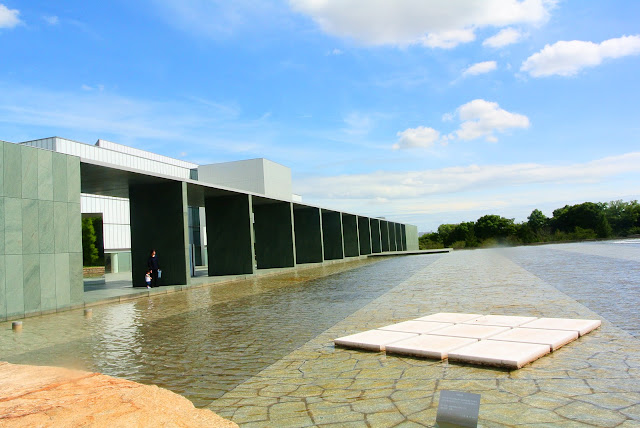 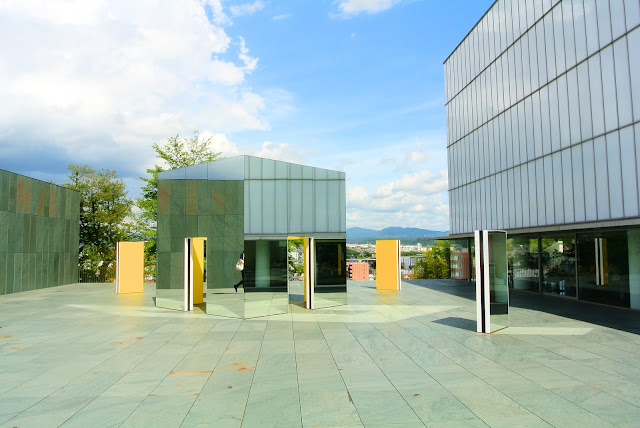 Exploring the exterior of the museum and observing the architecture is something not to miss at the Toyota Municipal Museum of Art, especially on a day with clear weather like when I went. After wandering the galleries of paintings inside its refreshing and just as interesting to take a stroll around the building to see the care taken into its creation and the placement of art work on the grounds, as well. 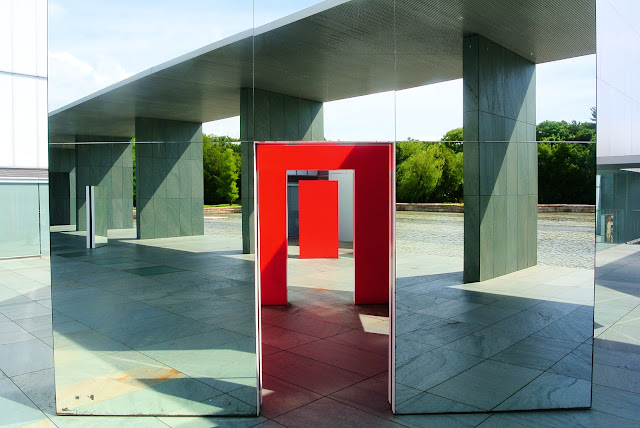 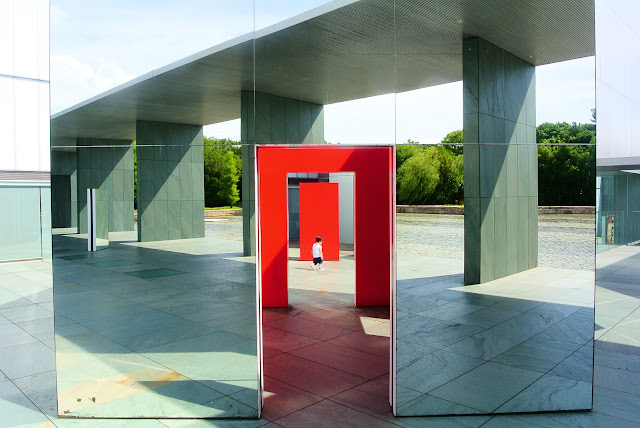 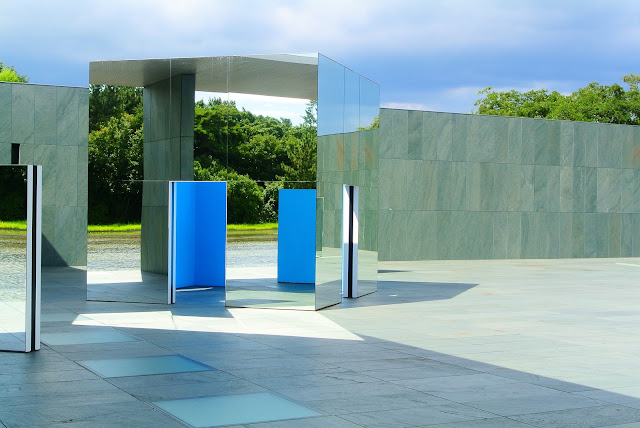 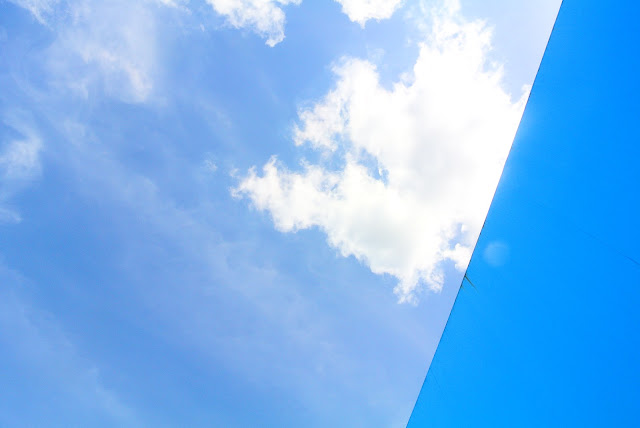 At the side of the museum was a separate complex that sat in a field of green. There were some interesting pieces laid out here as well. 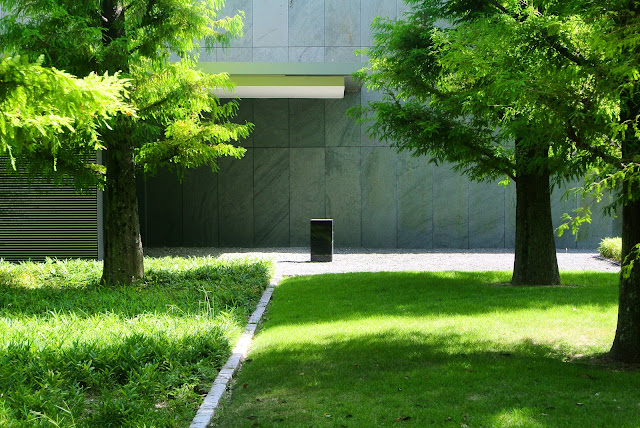 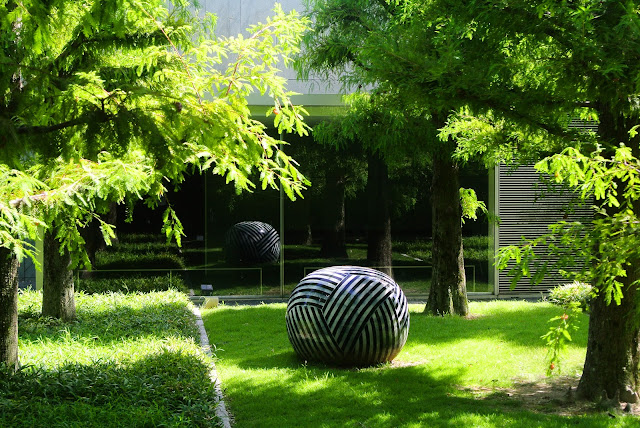 The walk back to the Toyota train station was pleasant. The inner city has no space for trains and instead ops for the invisible subways that run underneath. Trains still weave behind the buildings in Toyota city and pass by the road by the museum often. 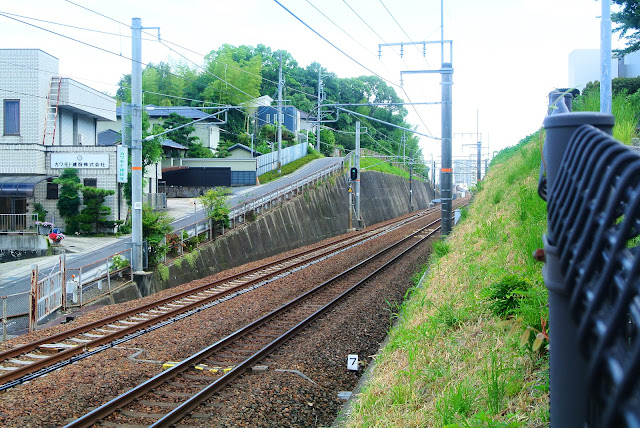