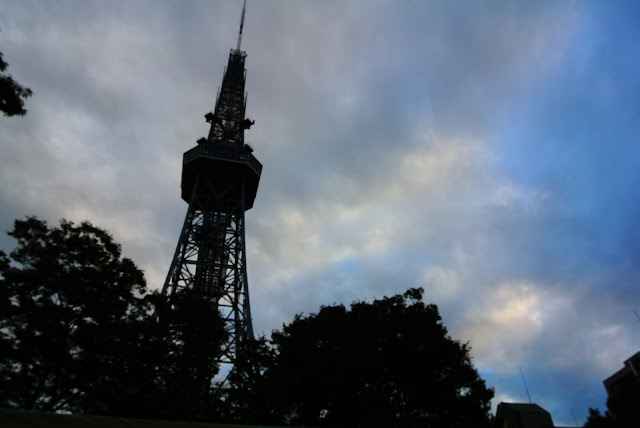 As much as I dig going to shows in Japan, it can hit the wallet pretty hard after awhile: buying a ticket, getting a CD or shirt after...it all adds up. That said, I can't say no to a free live performance featuring some bands that I was curious about. Social Tower Market is an annual event held in the large park area near the Nagoya TV Tower down town and had more than just free music. Both days were host to some awesome vendors selling a plethora of used goods, homemade curios, and other oddities. A variety of food and drink stalls catered to every taste and had a surprising variety of craft beer and select sake, to gourmet french fries and tacos. Count me in. 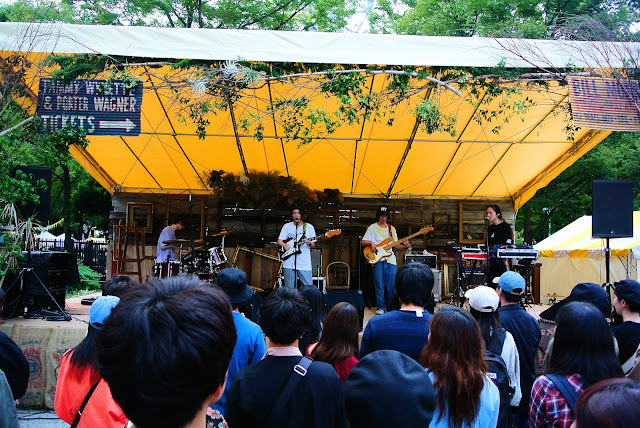 I only managed to see the last act of each day and on Saturday it was the band Tempalay. They played a quirky indie rock that was just as eclectic as their sense of fashion. It was interesting, though perhaps not quite my cup of tea. 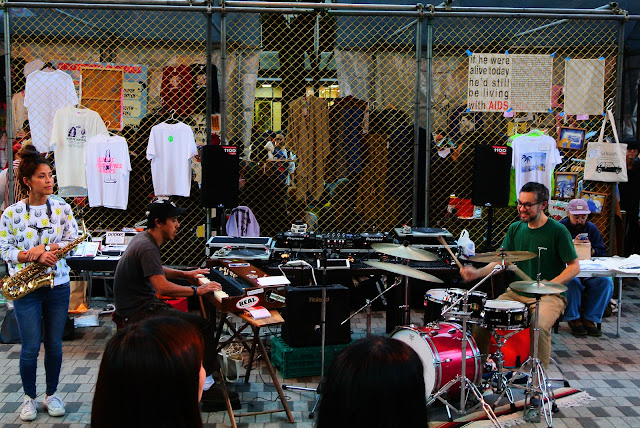 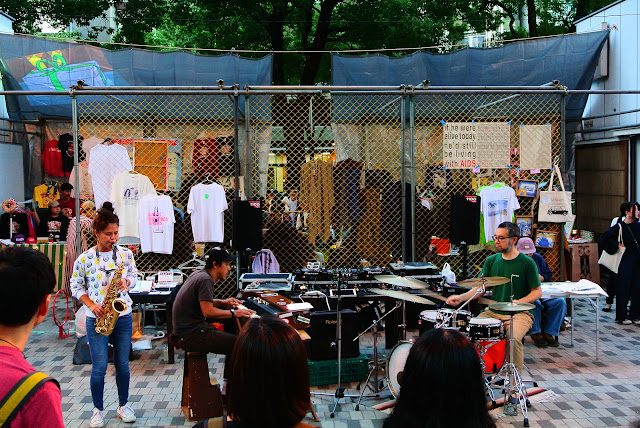 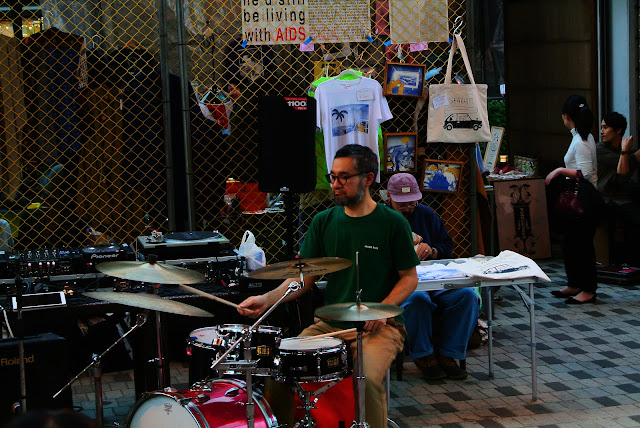 The festivities continued after the last band finished at around 5PM, with music resuming under the TV Tower not far from where the stage was. I walked in on a little jam session these three talented musicians were having that totally blew my mind. Raw, open air music is really something. 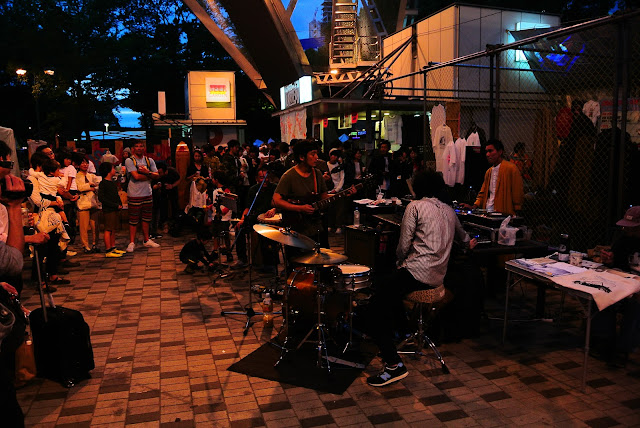 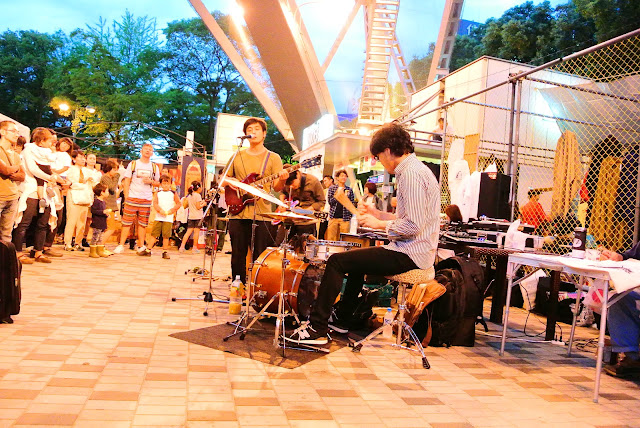 After getting some refreshments, a different group had set up in the same spot as before. Quite psychedelic, airy, and avantgarde. It was a four piece with a bongo player...and I never caught their name. The drums sounded fantastic without any fancy microphones or acoustics altering the sound. 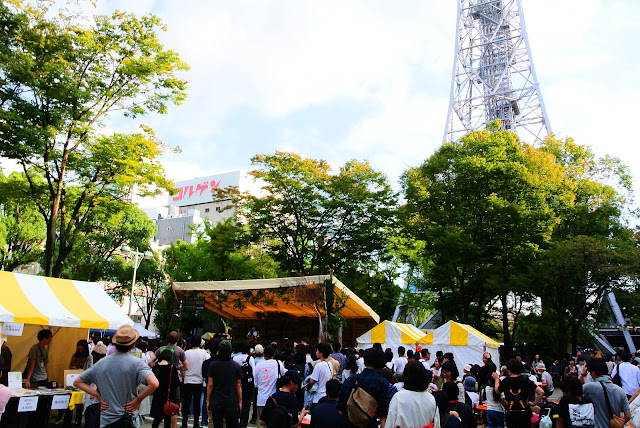 I didn't get a chance to arrive early on the second day either but made it just in time to see the one act I had been looking forward to the entire weekend: singer songwriter Satoko Shibata. 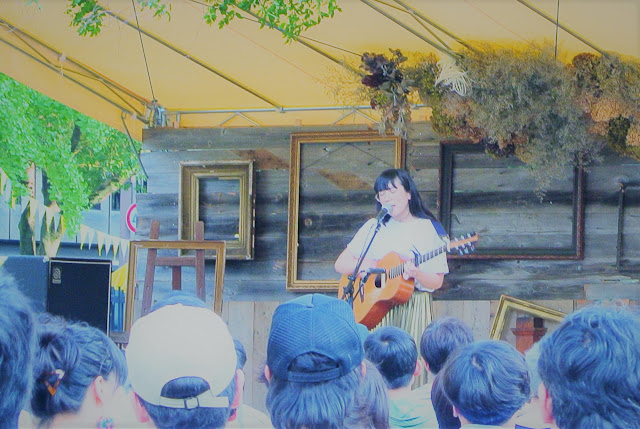 I didn't get too close but the cool acoustic tunes she played reverberated around the entire park and were perfect to relax to. 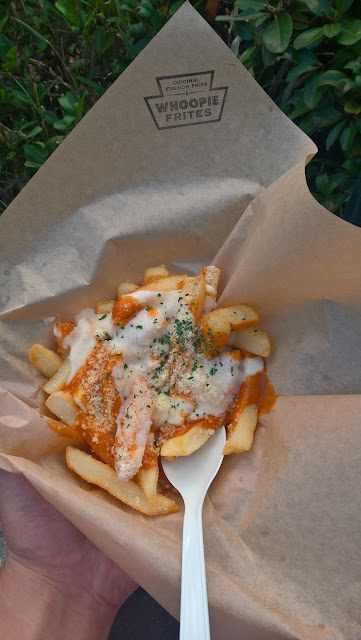 Pictured is poutine I got from a stand selling New York style french fries, basically fried potatoes with all sorts of topping. These french fries were so good I had to go again on the second day.
-
Chris
Posted by Chris at 6:45 AM