It never occurred to me until I got a hold of a live video of the legendary Japanese rock band Number Girl (remember, this was before youtube!) that the shredding guitars were being played by a girl. Tabuchi Hisako, to be exact, who always came off as cool and collected, not especially pretty and never making a huge presence of herself when she stood on stage with a T-shirt and plain pair of pants every single time. Still, she was a part of one of the most influential Japanese indie bands of all time. So when I found out that the equally reputable bloodthirsty butchers was going to perform near my dorm during the Spring of 2011, I was hell bent on seeing them just to get a glimpse of Hisako, who had recently joined the band. Nevermind the fact that I didn't know a thing about the butchers, shame on me. But I never went to that gig, and I still regret it to this day, more so because the butchers' vocalist passed away not too long after...but also because I missed out on seeing Hisako of Number Girl fame jam with them in a tiny, cramped little live house, Pepperland in Okayama.

I was aware that out of the ashes of Number Girl, Hisako had also formed her own band, toddle, though not as prolific as leader Mukai Shutoku's Zazen Boys. Toddle's debut album received great reviews and they even joined in SXSW one year, making quite a name for themselves in the circles of Japanese music fans that I was attached to, but the band just never struck a chord with me and I quickly forgot about them. On a whim, I decided to give their their 2016 album Vacantly a listen, not expecting much, and it wound up on repeat for a lot of my train rides here in Nagoya. Where had they been all these years, and why did I only appreciate them now?  The smallest glimmers of genius began to shine through a rather simplistic exterior, and I soon became rather enamored with their low-fi sound - the soft vocals in front of beautiful guitarscapes, all with a pounding rhythm section supporting it. It won't dazzle the masses for being quirky and niche or loud and fierce. There was just something beautiful in this simplicity, something harmonius about the way the guitars reverberated with the pulsating drums. Something relaxing about the way Hisako and guitarist Ai Kobayashi both sang on the tracks, calm and smooth. It reminded me a lot of Homecoming's album Somehow, Somewhere, indie pop so simple but so great--you just have to stop to notice it.

And when I found out toddle was booked to perform here in Nagoya at a club not too far from me, I was sold - not only did I really want to hear toddle live but I would get to see Hisako, finally.
- 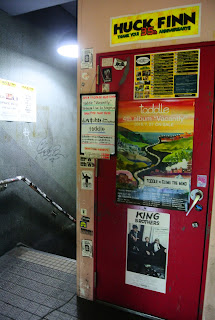 Huck Finn is tucked into the back streets of Imaike, a neighborhood I frequent and has an abundance of live houses. It has that dingy, kind of punk-rock look to it that does't feel like a corporately owned, lifeless live venue. The band set up their merch at the back of the room with half-torn posters lining the walls. When I arrived the members were all hanging out behind their show of T-shirts and CDs, casually shooting the breeze with people who dropped in a little bit early. 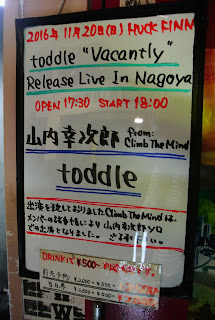 The opening act was  indie locals Climb the Mind, but since the drummer had an accident prior to the show the vocalist did a short acoustic set. He set up his equipment on the floor instead of the stage, making it hard to see(I couldn't get any decent pictures) but much more intimate. I knew a few of their songs(my favorite is below) and what struck me was how talented his vocals are, especially when backed by only an acoustic guitar. It's good to know they have a new album on the way and are Nagoya natives, so I'm sure I'll have a chance to see the band perform in full sometime in the future. 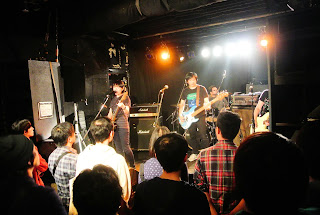 Toddle came up and I edged toward the front of the crowd for a better look. They played some older songs but did a majority of the tracks from Vacantly. They played two songs for an encore. The environment was fantastic - they didn't feel too far from the crowd and the club wasn't at an uncomfortable crowded capacity either. I felt totally engulfed by the sound. 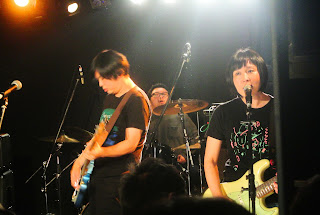 Afterwards I picked up a T-shirt and a copy of the album at the merch table and Kobayashi asked me --not the other way around--if the band could sign it for me. Certainly. They were humble musicians despite the amazing performance they just delivered and seemed genuinely happy to be there, they didn't give off any bad vibes after the set. I'd definitely see them again and would recommend Vacantly to anyone looking for some easy-going indie rock, it just might take awhile to grow on you. 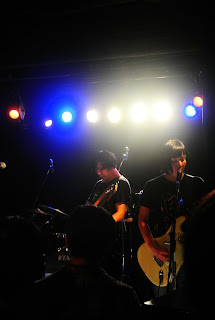