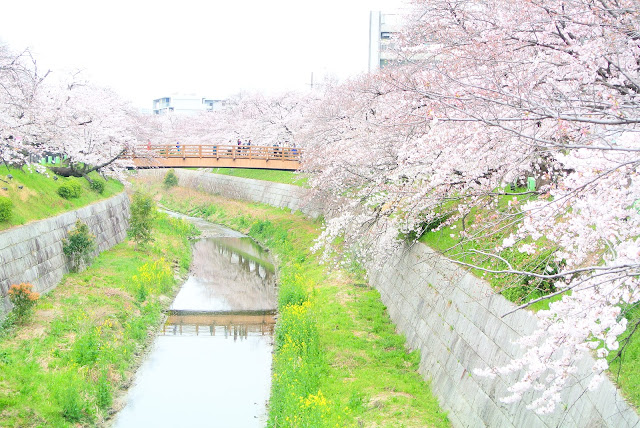 One of the most popular cherry blossoms spots in Nagoya is the Yamazakigawa riverside, and I was pleasantly surprised to find it located a few stops away from my dormitory. The Path of Four Seasons is often cited as the best place to see them, located a 10-minute walk from the Mizuho Undojo Nishi/Mizuho Athletic Grounds West station on the city subway's Sakuradori Line. The river, however, extends for kilometers both north and south, and the path of cherry blossoms runs all the way down much of its length. Instead of taking the subway, I decided to start further up and work my way down the river. 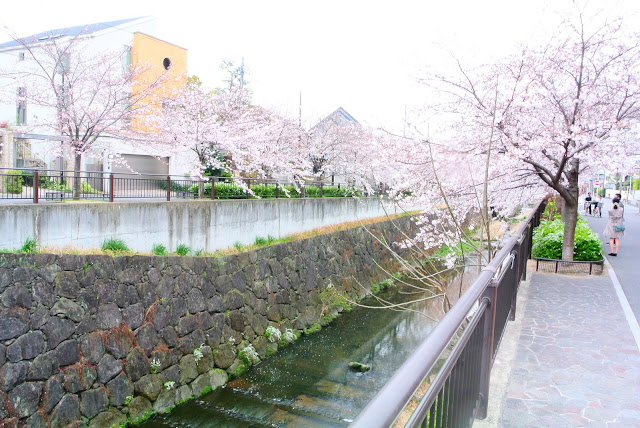 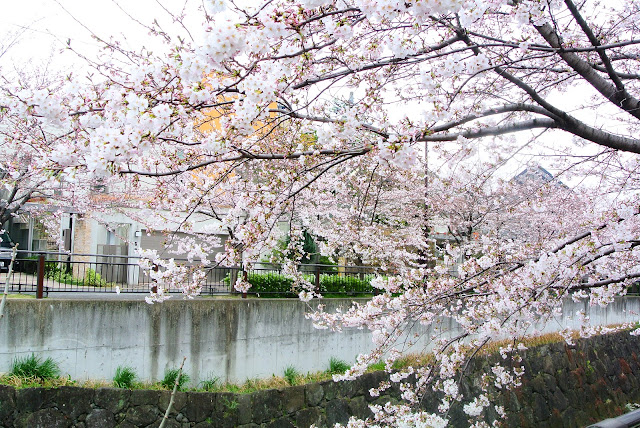 After taking these pictures I realized it was so close to my dormitory I might as well return my bike and enjoy a walk instead. 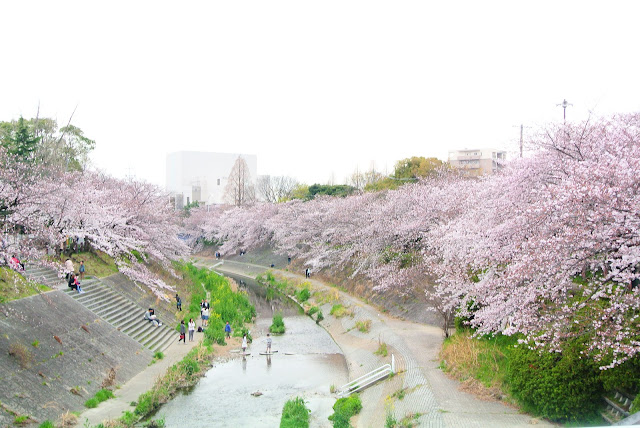 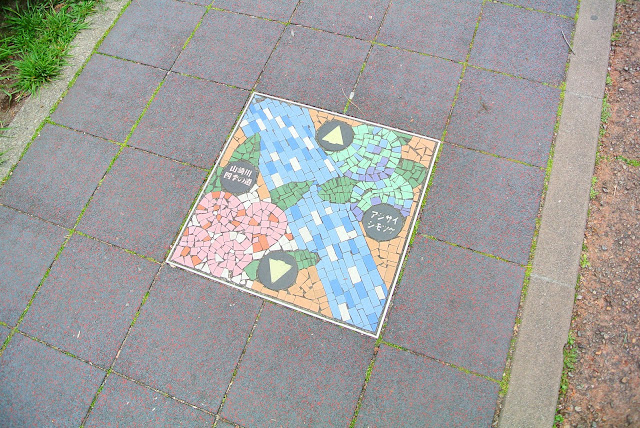 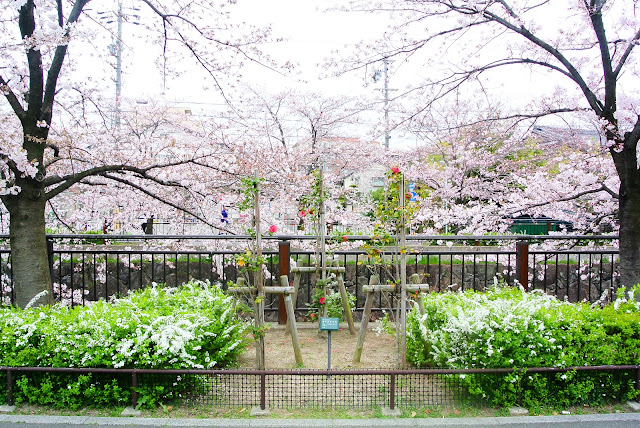 Few cars pass on the narrow road next to the river and pedestrians often spilled into the street while viewing the blossoms. They seemed to continue on forever. 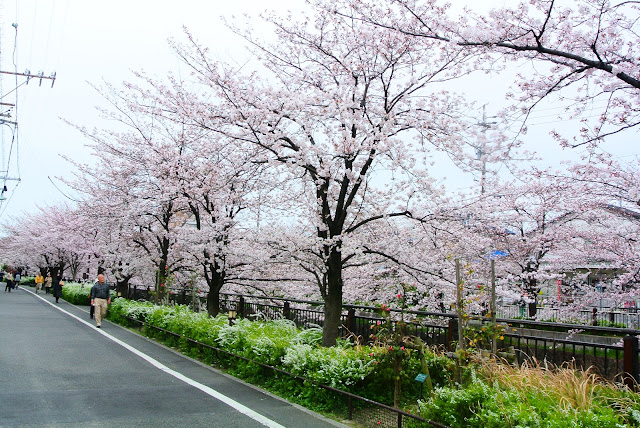 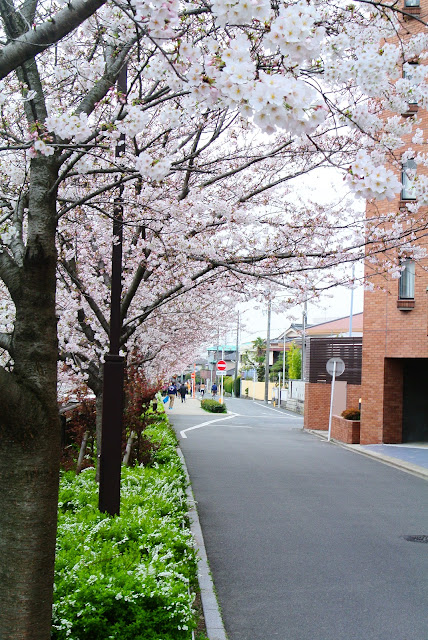 Instead of the bolstering laughter and cheers from the inebriated participants at Tsuruma Park, the Yamazakigawa riverside was a calm walk in cool weather the entire way down. Many people were taking their dog out for a walk or having a stroll with the family. Those who did stop on the way did so on one the steps that lined the sides of the riverbank with cherry blossoms above. 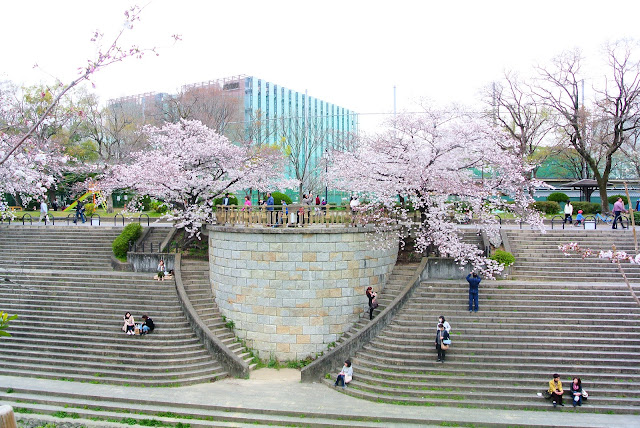 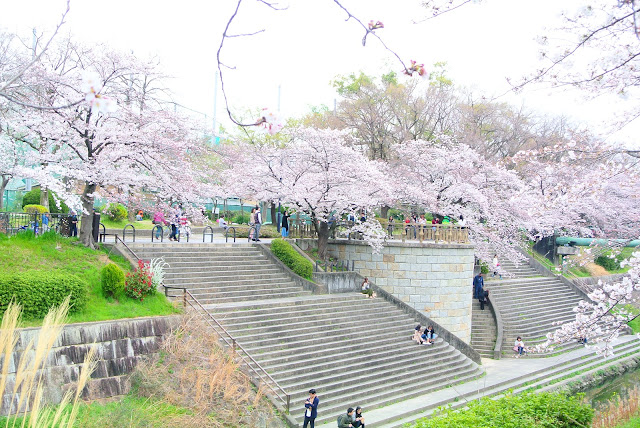 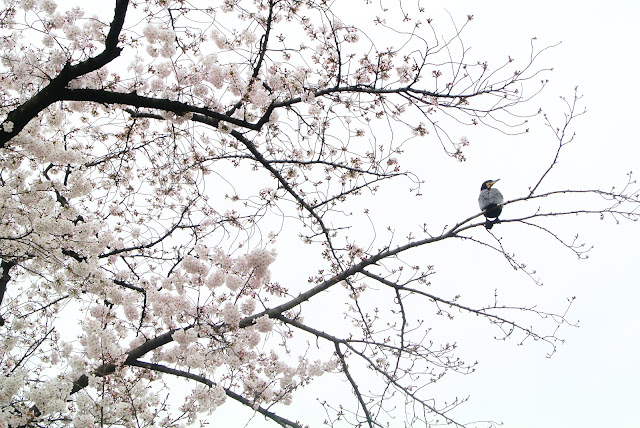 It runs across quiet residential areas instead of the main road so the atmosphere is very relaxing. 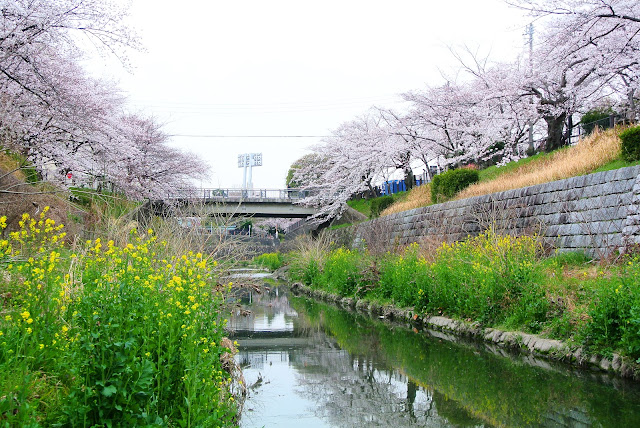 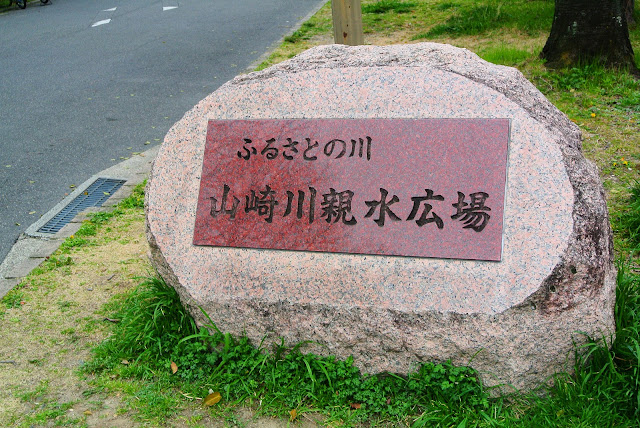 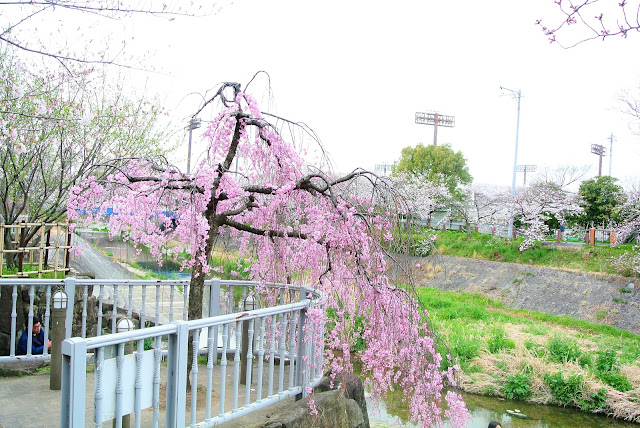 By this time I had reached the Mizuho Athletic Grounds and you can see the stadium right by the river. The route also seems popular with runners. 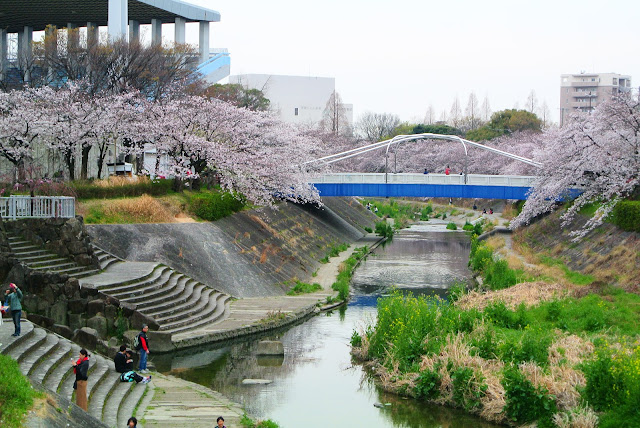 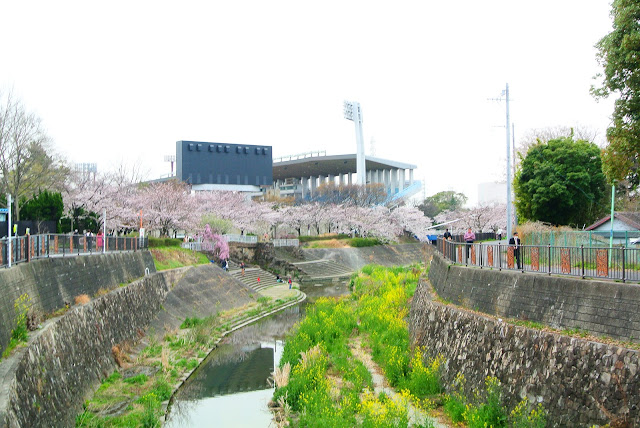 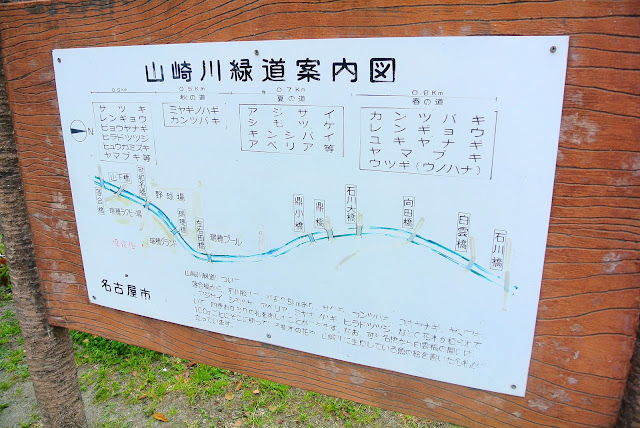 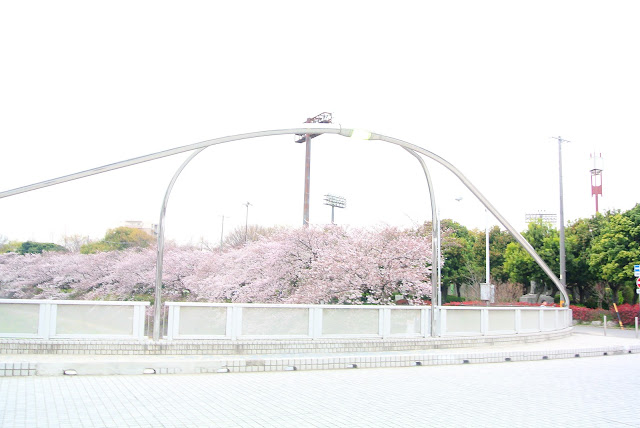 I was told that the path used to be lined with street stalls like this one in the fashion of just about every other park and flowering viewing spot I've been to. Nowadays, the streets are clear because vendors were banned by the city--perhaps for the good, as the route was much easier to walk. A handful of these roasted sweet potato stands seem to survive. 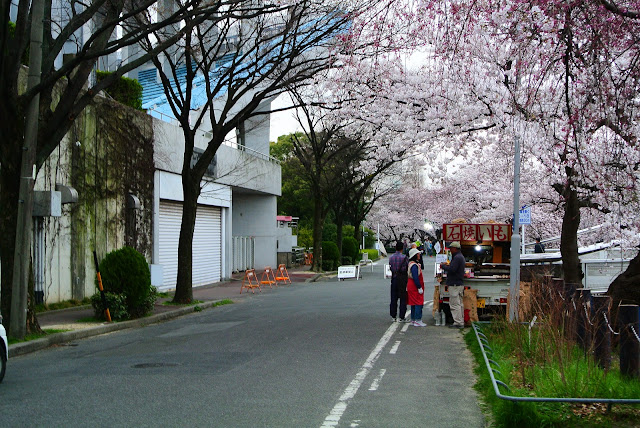 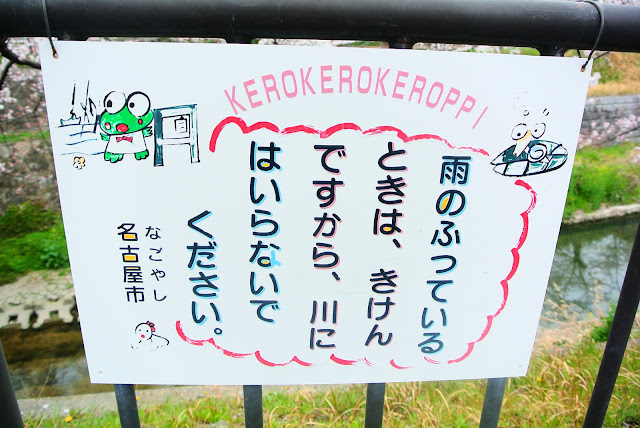 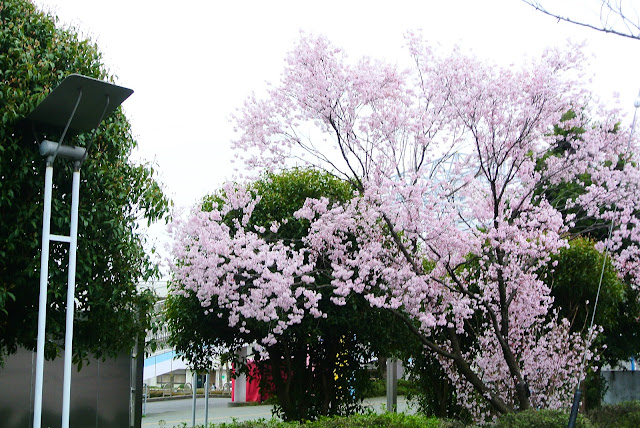 Some interesting bell shaped flowers. Let's not forget all the other flora making their appearance in spring. 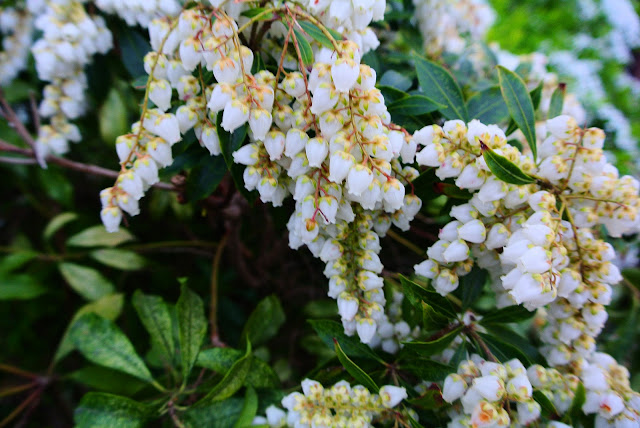 At night the lamp posts turned on, illuminating the path down the river. 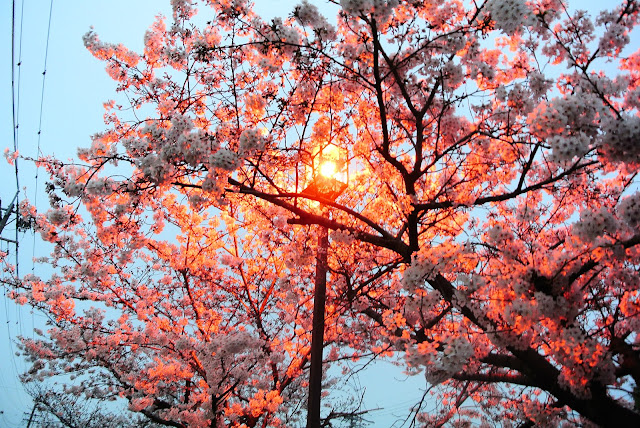 My stroll started at the Yamazakigawa river parallel to the Sakurayama subway station, through the famed Path of Four Seasons, and ended as I got close to Aratamabashi subway station. I walked all the way back up to Sakurayama, but those not so ambitious could always take the subway back to where they need to go, via the Sakuradori line or Meijo line at Aratamabashi station.

I tried fiddling with maps, but instead found out that the route I took comes quite recommended and was already on the Mizuho-ward's official homepage. The river runs parallel to the Sakuradori subway line so any part of the river is accessible so long as you head east from Sakurayama, Mizukuyakusho, Mizuho Undojo Nishi, or Aratamabashi. I've posted it below: 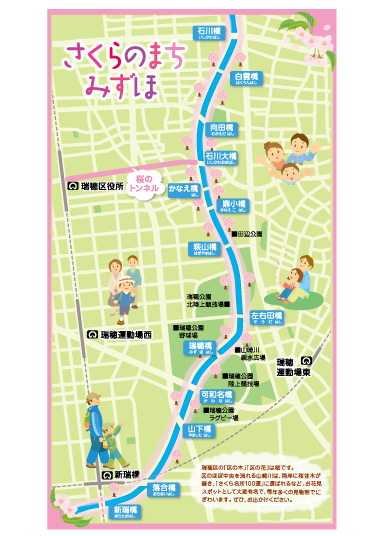