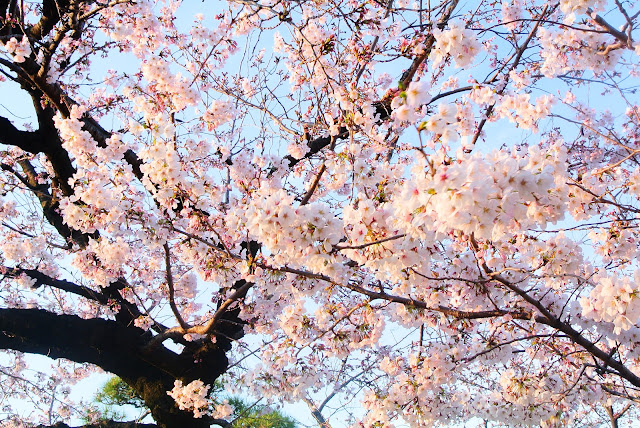 The weather in Nagoya has been gloomy despite the delayed opening of the cherry blossoms this year but celebrations are still in full swing. The most lively area I've been to so far is Tsurumai Park, where nearly every space under the blooming blossoms was occupied by people of all ages having fun. There were food stalls and some street performers to compliment the already festive mood, and an outdoor beer garden was also set up along the path closest to the trees. 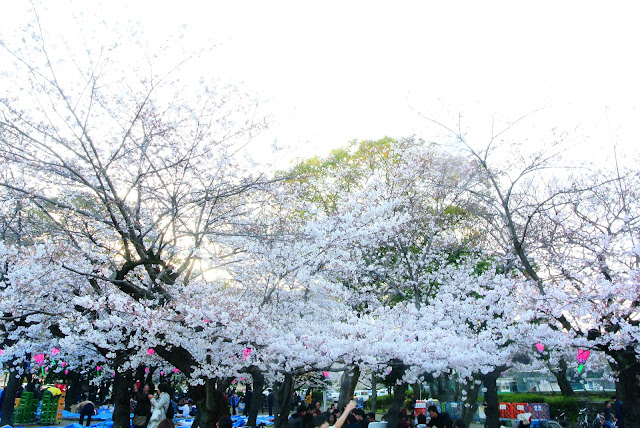 But if you weren't there for a picnic with friends and might enjoy something more quiet, Tsurumai Park is large and has plenty of serene areas with smaller bunches of cherry trees. Taking a stroll through the remainder of the park is much more peaceful than the hubbub around the station and there were still many trees to be found in these smaller compartments throughout the park. 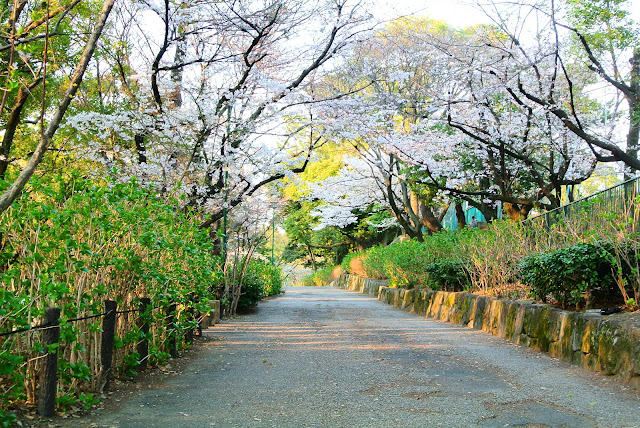 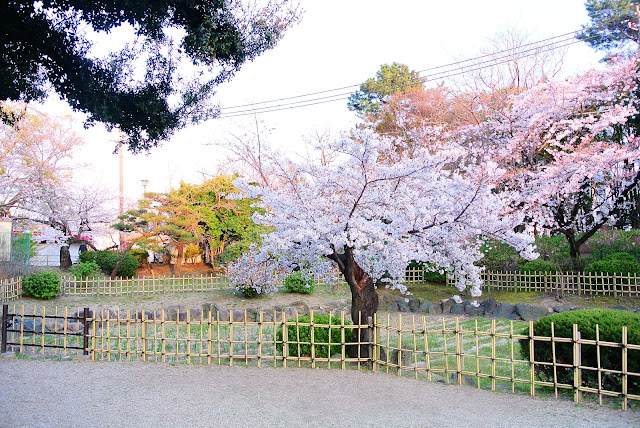 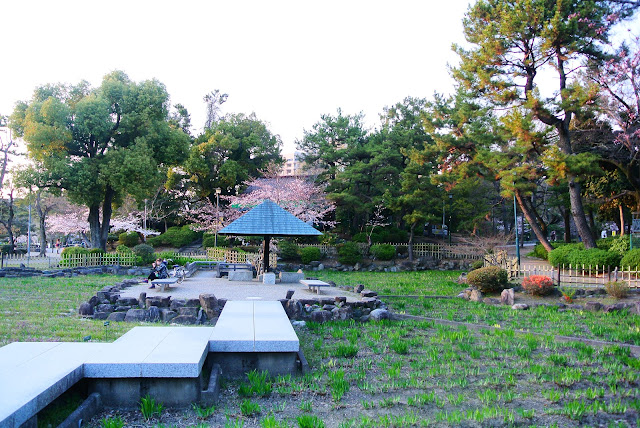 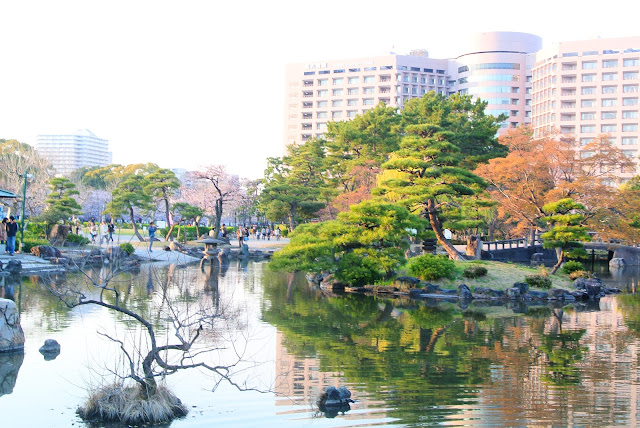 A gorgeous lake with a small hut in the middle at one particularly quiet corner of the park. 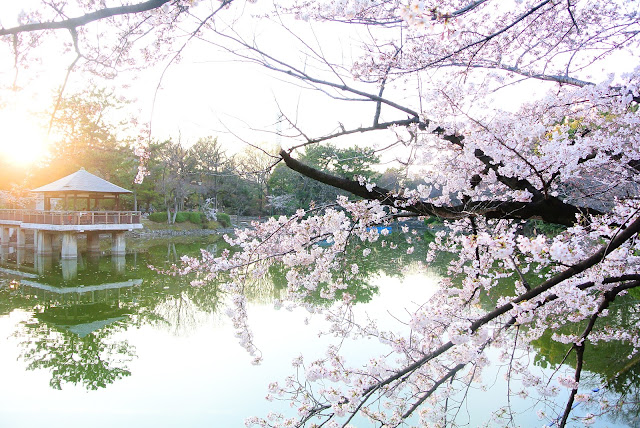 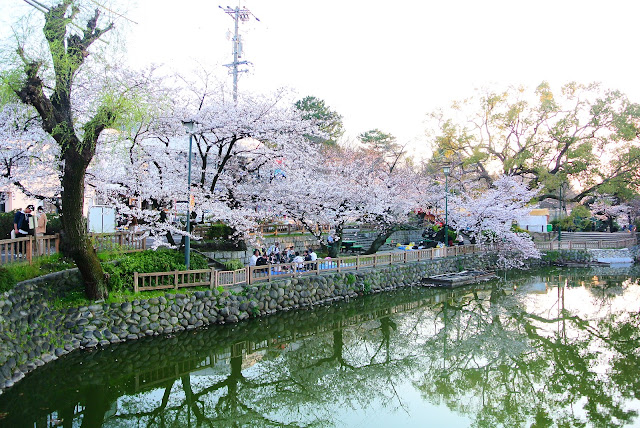 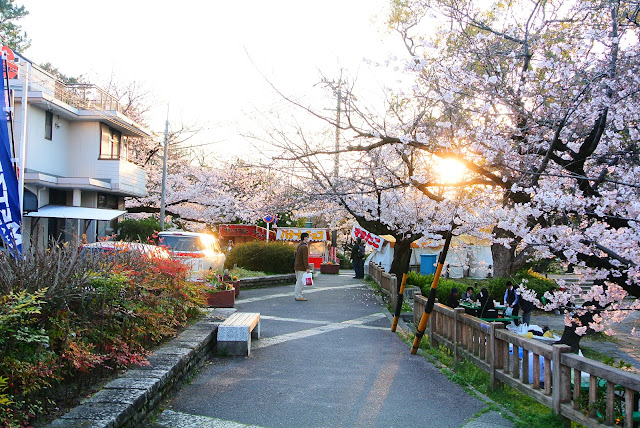 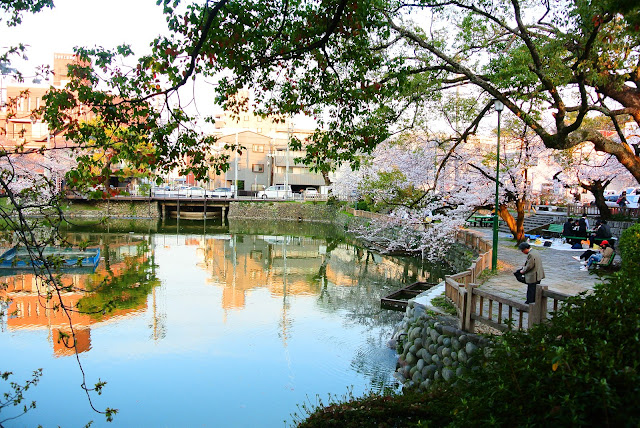 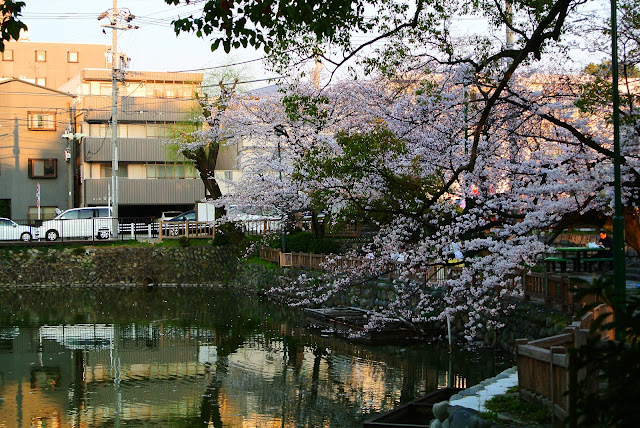 Another had other springtime flowers in full bloom next to a small playground where children ran about under another grove of trees. 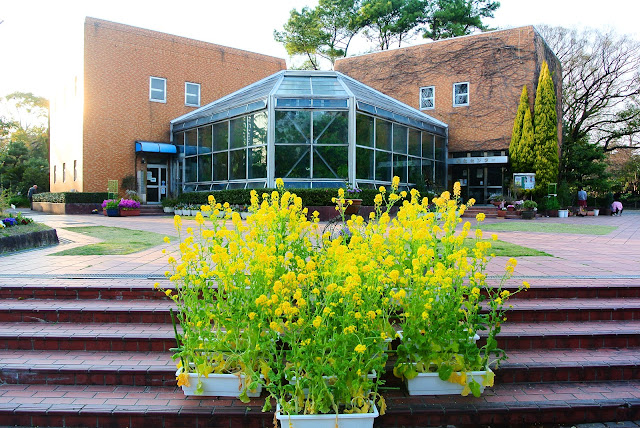 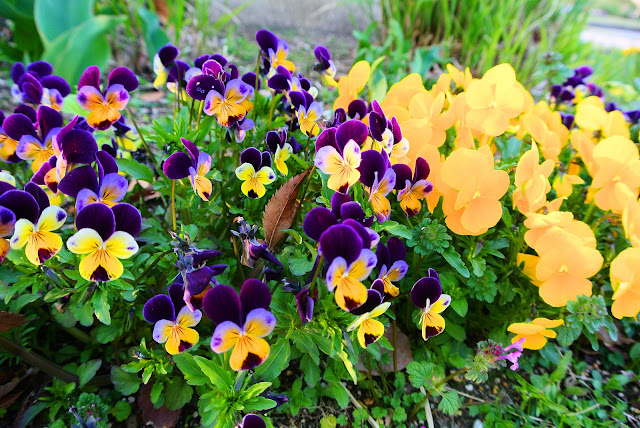 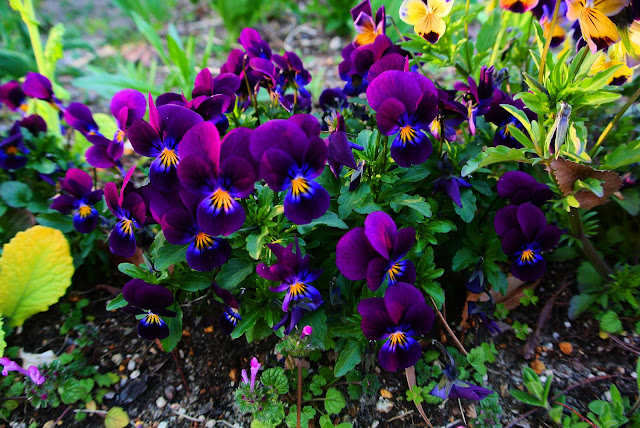 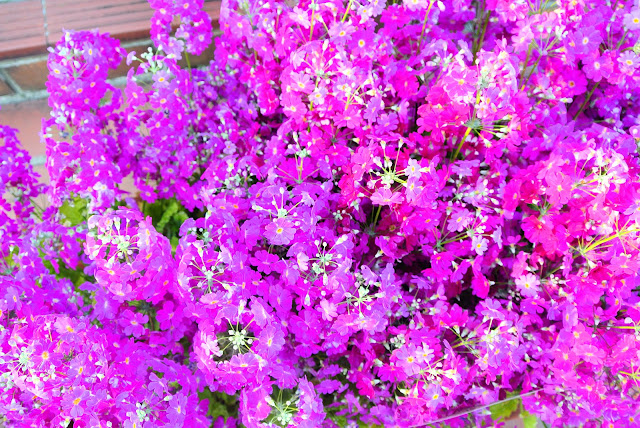 Once the sun went down, the lanterns affixed across the rows of cherry trees lit up above all the patrons in the park, who continued with their festivities until, I imagine, long after I left. 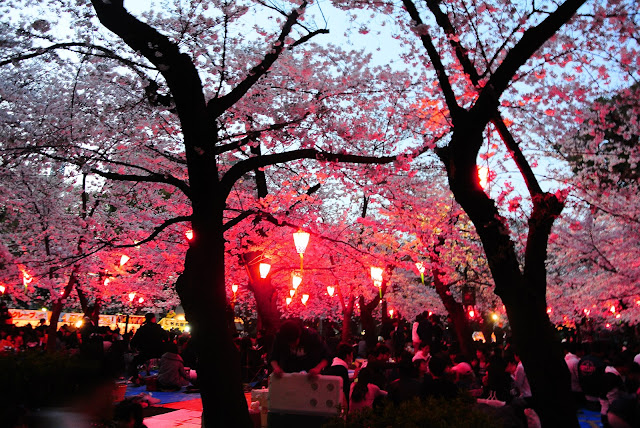 Tsurumai Park is located right outside the Tsurumai subway station served by the Tsurumai subway line as well as the JR Line and free to enter. One of the fountains in the middle of the park is shaped like a pokeball and the park became a popular destination for Pokmon Go players upon the game's release.
-
Chris
Posted by Chris at 10:37 AM