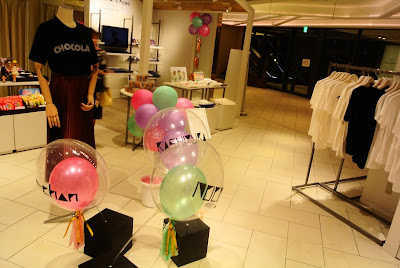 I arrived in Japan just in time for Perfume's 11th anniversary of their major label debut. Has it really been that long? Sure! Just last year, I was in Japan for their 10th anniversary - for the last of a four day concert in Nihon Budoukan. This year isn't as commemorative, but Perfume still managed to churn something for their fans: a pop-up shop in collaboration with the Isetan Haus department store. Isetan was the same group responsible for the Perfume Dance Heels, replicas of the girls signature heels and crafted to perfection.

This year, Isetan commemorates Perfume's 11th anniversary with a small concept shop entitled Perfume Party People! which sells exclusive collaboration merchandise from designers, inspired by or produced by Perfume. There are a number of goods and a wide variety of them, too. Besides staples like T-shirts (my favorite being the Chocolate Disco design), totebags, and keychains, you can also find some other novel choices. Perfume stockings and - who would have thought Perfume perfume! You may not want to actually eat the Perfume sugar cookies - especially when you see how much they are. Stock is limited by location and while supplies last, and you can check out more at the official website. There is also a blog about the Shinjuku pop-up shop where you can see pictures of all the goods on display. Merchandise from the Cosmic Explorer tour are also on sale at the event and are a lot more affordable than the collaborative goods. 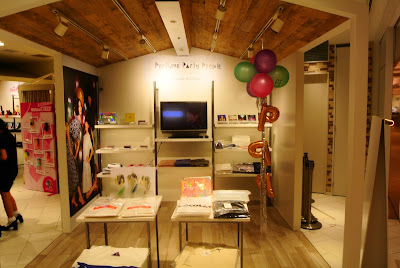 Isetan's Nagoya store is located right outside Nagoya station, easily accessed from the shinkansen or the many subway lines in the city, and was running the shop for about a week right after I arrived. From the station exit, it's literally a crosswalk away to the department store and from there just an escalator to the basement floor where the concept shops are located. 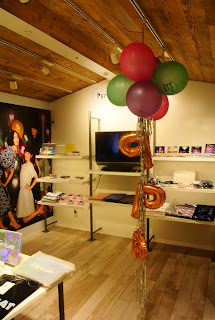 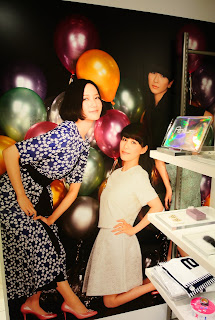 I felt a bit embarrassed because the basement floor was empty when I arrived and I was clearly excited, had my camera out, and came dressed in my Cosmic Explorer T-shirt. Thankfully I wasn't alone for long, as people would start trickling in with just as much as enthusiasm as myself, taking pictures of the exhibit and pointing out all the peculiar goods. Quite a number of people stopped in, even if it was just to take photos. The exhibit itself was very small and took up nothing more than small corner space. 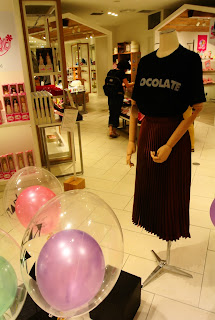 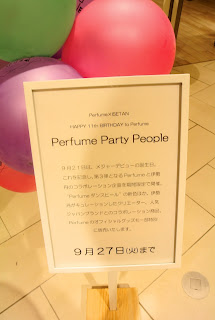 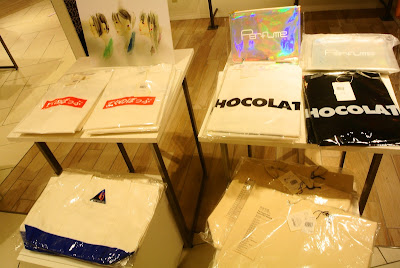 The front had a model sporting one of the new T-shirt designs: a shirt with the words Chocolate on the front and DISCO DISCO DISCO DISCO at the back. I had my heart set on getting one here at the exhibit until I looked at the price tag and thought otherwise. At 7,500yen ($75) it's about the price of admission to see them at Nagoya Dome. I passed. 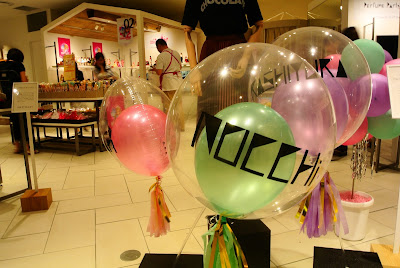 I didn't notice at first but the balloons had the members names on them, with colors to match. 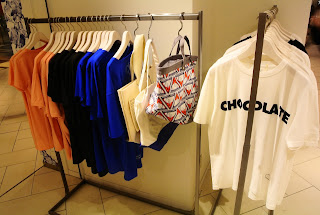 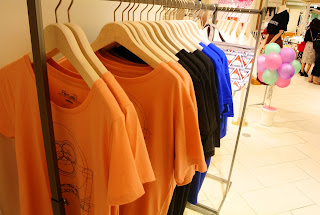 A shirt rack had all the shirts for sale on display if you wanted to check your size or have a closer look at the design. 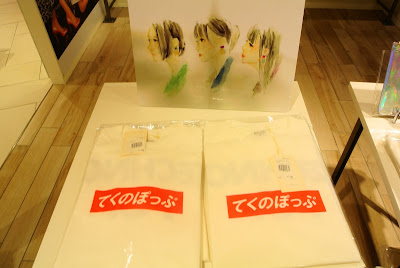 I was especially pleased with the illustration above this shirt. The shirt was rather plain: a Supreme brand parody that read Techno-pop in Japanese letters instead. Again, it was 7,500yen. 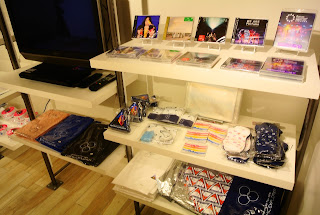 If you wanted CDs, they had some too! There were socks and other goods that I saw at the Cosmic Explorer goods table. 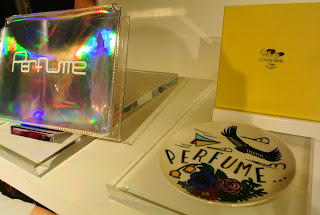 Unfortunately most of the exclusive merchandise like the stockings, pens, notebooks, and the like, were already sold out by the time I arrived. A friend who visited the shop before I did told me that the Perfume pens were especially popular and sold out quickly. It's probably best to get here on the first day if you're interested in any of this stuff. Otherwise, the high-end merchandise was still available. 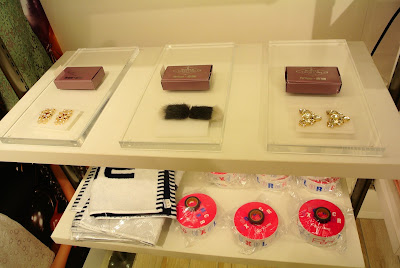 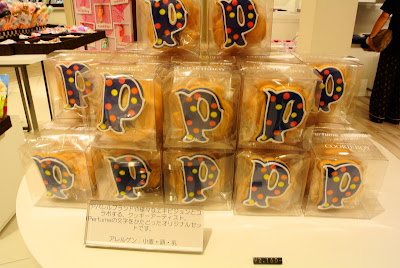 Perfume stockings, pens, notebooks, and other items that were limited to the shop were completely sold out, even if they were limited to one per customer. These Perfume cookies that were going for almost $20 a pack were still in stock. I wonder why.... 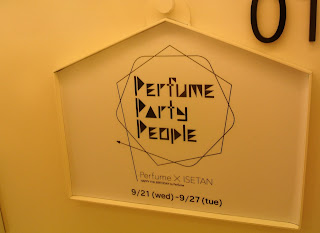 The exhibit might be traveling throughout Japan to other Isetan stores in the future, so be on the lookout for another chance to grab some of the exclusive items! Until next year!
-
Chris