The Japanese word seichi junrei translates to "sacred pilgrimage," but commonly refers to taking a trip to the real life locations found in anime, manga, or video games. The name comes from the fact that it takes a great deal of time and navigation to get to some of these out of the way towns which often require navigating through a maze of small, local trains to towns you never knew existed outside the city, not to mention a lot of time sitting and looking out at the countryside while you ponder how much you spent on train fare. Sometimes the places are so obscure, like the locations in Okayama prefecture which served as the basis for characters in the Tenchi Muyo! series, they require a car and some hiking to get to. My own trip to Toyosato elementary school, which was the model for the school used in K-On!, was quite a way from Tokyo and even required a trip aboard the bullet train.

Thankfully, Love Live! fans have it easy. The series is conveniently set near the otaku/electronics capital of  Akihabara and the neighborhoods surrounding the nearby Kanda Shrine, all easy to access from anywhere in Tokyo by regular train and are very affordable. Forget the sense of accomplishment: you won't miss the expensive train fares, having to navigate through never before seen train stations in a sparsely populated town, or spending hours sitting in a train looking at nothing. Trust me. 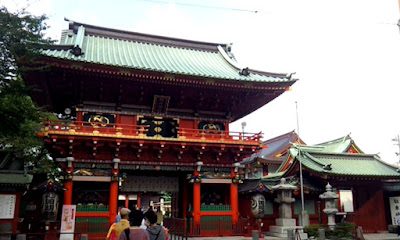 The school idols frequently visit Kanda Shrine, easily accessed from Ochanomizu station (NOT Kanda station, as I had to learn). It's a short five minute walk from the station to hill leading up to the shrine's main gate. It's simple to figure out with maps...or if you're like me you can always be on the look out for fellow fans and follow them inconspicuously. They won't mind and believe me, it works every time. Going to an event? you'll never need a map again if you look out for keychains and band t-shirts. 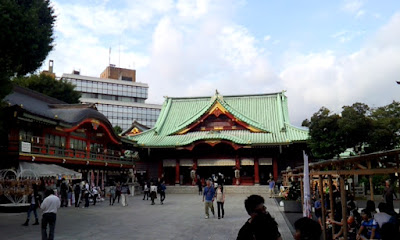 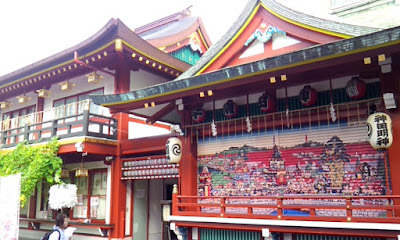 Kanda Shrine is a shrine first and a mecha for Love Live! fans second so you can actual see quite a bit of culture here, even if you did end up coming for to see your favorite member of muse. Wash your hands off to the side once you enter and make a small offering at the main shrine. The girls met up here during New Years with the members of A-rise. 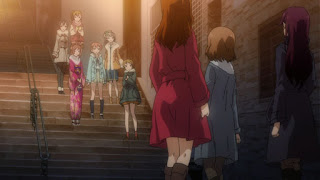 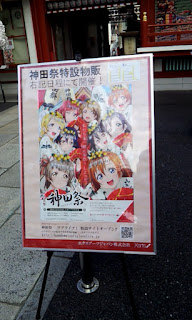 Sit down for a little while and appreciate the architecture, take a break, then pull your shrine fortune from a box to see if you've gotten good luck. This gives you a good excuse to talk to one of the mikos (female shrine helpers) working at the temple. Nozomi was often seen tidying up the grounds of Kanda Myojin in the anime in her miko outfit and Kanda Shrine had some special Nozomi Ema (wish boards) and Omamori (good luck charms) available for sale. You can read more about Miko in this photo-heavy post and this informative article. 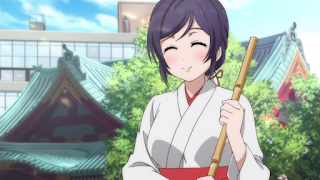 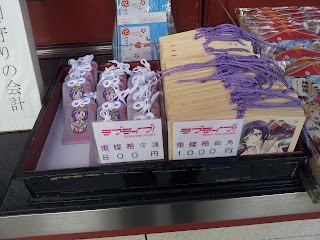 An ema is a wooden plaque for wishes that you post at a shrine. Love Live's popularity has resulted in a sea of ema you can see posted all about the shrine adorned with messages and sometimes expertly drawn renditions of one's favorite member of muse. You can write a wish on the special Nozomi ema in the above picture, or get a plain one and decorate it however you want! 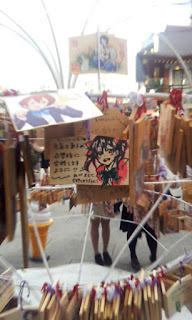 Instead of leaving the shrine through the main gate, head right past more ema boards to a stair case that leads down. 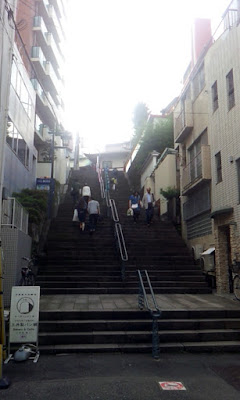 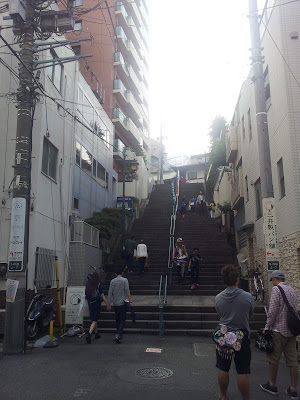 This appears everywhere in the anime, most notably in the race between Honoka and Nico that two friends tried to recreate right after I took my pictures. No fall included! 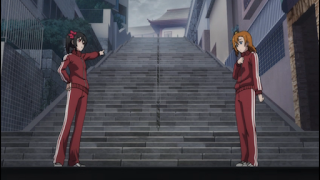 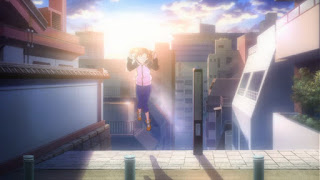 Once down the stairs, the main street to Akihabara's electric town district is a short walk away! Welcome back to civilization! Just kidding. You aren't that far out in the sticks.

Even if you aren't a fan of Love Live!, the shrine itself and the serene neighborhoods around it make for a nice getaway from the crowded concrete that densely overrides the Tokyo cityscape. Escape for an afternoon, enjoy a nice stroll around town, and if you really must get back to civilization Akihabara is literally right down the hill.