In a previous post I mentioned how enjoyable it was seeing Suiyoubi no Campanella's One-man concert at a time when they were not just at a pinnacle in their career, reaching a wider audience and gaining immense popularity, but more importantly because I was so engrossed in the band that the gig a lot more fun than if I had just went on a whim. It was timed perfectly, and so was another interest of mine during my fall trip: the idol anime Love Live!.


If it wasn't already apparent in my last post where I mention seeing the film not once but twice, I'm actually rather fond of the series even though it's a kind of guilty pleasure. This trip was timed perfectly to coincide with the film release, which gives a solid conclusion to the series and also meant that Love Live! fandom was in full swing just about everywhere you looked. There were plenty of things to do for die-hard Love Live! fans around Tokyo and since I did quite a few things related to the series, I decided to multiple posts about it. I went to LaForet Harajuku's Hybrid Mind Market shop dedicated to Love Live! Then, I went to the Kotori Minami birthday event at Cure Maid Cafe in Akihabara. I saw the film twice in two different theaters, and, finally, I was able to take a "pilgrimage" trip to the Kanda Myojin shrine near Akihabara, a real life shrine that appears frequently in the series and is frequently visited by eager fans.
------
Hybrid Mind Market @ Harajuku LaForet

A friend of mine met up with me in Harajuku to go shopping for clothes and on the way we passed this huge billboard which stopped me in my tracks. I had to go! 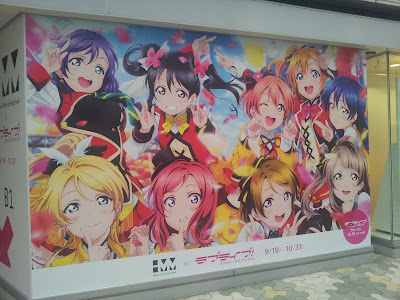 In the basement of one of Harajuku's flagship stores, the LaForet buulding, is a shop called Hybrid Mind Market which frequently collaborates with the most popular animated series and sells a plethora of merchandise online and at their store in Harajuku. It's a little out of place seeing a store dedicated to anime in a neighborhood known more for clothing brands and street fashion but its worth the change of scenery. I just so happened to be here at the right time, too! 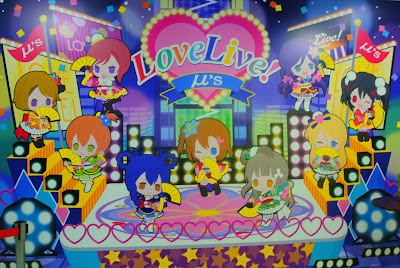 A staircase leading to the bottom floor let out to displays of many new and unreleased Love Live! figures on display in a well lit showcase. 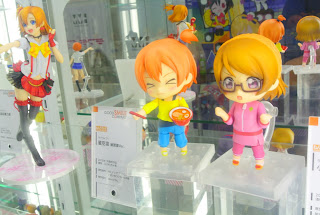 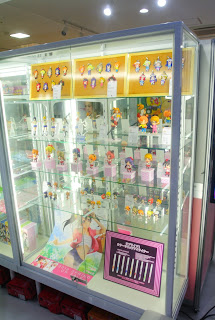 From there was the shop which featured all kinds of apparel, stickers, and other merchandise to tie in with the film. Some of this was exclusive to the store. I picked up a T-shirt to wear to the movie the next day and a draw string bag with my favorite member Hanayo. Among the merchandise was this outfit from the movie and a banner with Umi's AIDORU written in kanji: 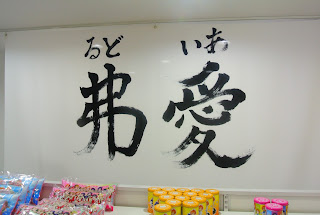 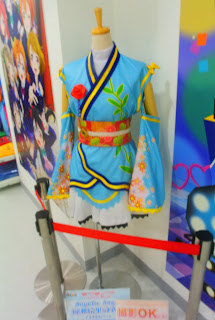 The shop then transitioned into an exhibit of more merchandise and close to life size cutouts, notably the street scene at the end of the film. There were also large collages for each member. You can see Hanayo's below. 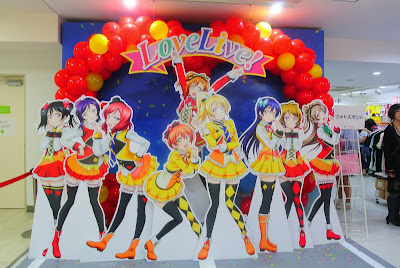 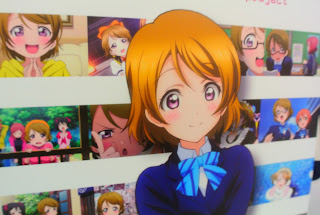 Thanks for reading! See you in Part 2.
-
Chris