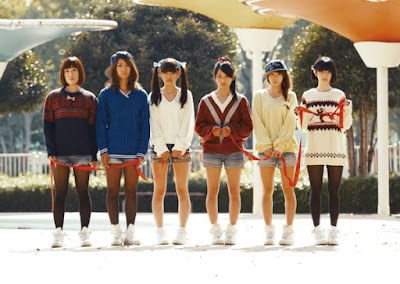 If the "fresh" in fresh beats equates to something being new then that's the last thing I would use to describe the debut album from lyrical school. After all, it's already a year old...but it certainly feels fresh in the sense that it's an excellent album that takes on a new concept: Idol Rap.

Lyrical school's tagline is IDOL RAP: 6 MCs but it's not as much of a doozy as it might sound like. They're definitely more idol than rap, but the combination is irresistible. I find it a lot more palpable than Baby Metal's idol+metal combination. They seem to be doing well in Japan but for the quality track making paired with six adorable girls and their voices they seem criminally underrated. Since it's the season to take to the beach and enjoy the sun, there's no better time to listen to the the lead single off their debut album date course, "Sorya Natsuda" (そりゃ夏だ; That's summer!):


Even more stunning than the six pretty girls is the backing track - the arrangements on the album are all of the finest quality, fusing a little bit of hip hop with bubbly, but not recycled, idol pop. This is fresh, and that's thanks to the collaboration between the girls and some of Japan's top track producers. The above track is done by famed producer tofubeats, as are a few other tracks on the album, but other famous track makers like Illreme and okadada make appearances on the album as well. The producers are such a strong pillar for the group, and they ensure more than anything that lyrical school's music is different from typical idol groups and worth a listen. Even those who might not be fond of idol music but like hip-hop and electronic music might appreciate the tracks these producers have contributed to lyrical school. okadada's track, "demo" (でも), is definitely worth a listen. Check out the contribution at the special album page for date course on their website.

In April they dropped their second album, SPOT, but I have yet to get a hold of it. Not that I really need to - I'm so obsessed with date course that I highly doubt I'll need anything else to listen to for some time.

You can get their CDs from CDJapan and Jet Set Records in Kyoto stocks vinyl editions of their albums date course and Spot. The former is worth a purchase for it's killer album art alone, that's what got me to listen to it initially (surprisingly, it wasn't the notion that the group consisted of 6 pretty girls). 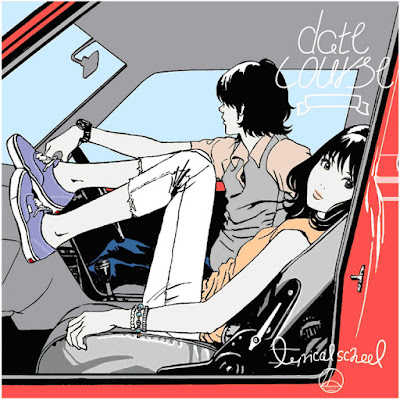