The first show I saw on my trip was also the very last one I made plans for. Just days before I left, Steve from Next Music from Tokyo recommended harafromhell, a band who had previously took part in his legendary Canadian tour and as luck would have it, they were playing a gig the day after I arrived. Never having heard their music before, and considering all of this discussion was happening days before I was leaving might make it sound impulsive but I've never been disappointed with a band Steve recommends, especially if he goes the extra mile to bring them on his tour. I've never been to an actual installment of the tour but I've regularly made it a point to see some of the bands who've taken part in it when I get to go to Japan (much closer to Guam than Canada is!)  - susquatch, mothercoat, guumi, etc. - and all of them were superb musicians who played killer live shows while being really nice people to boot. Even if I didn't know that much about harafromhell, I was confident they would impress me like all the other bands had. 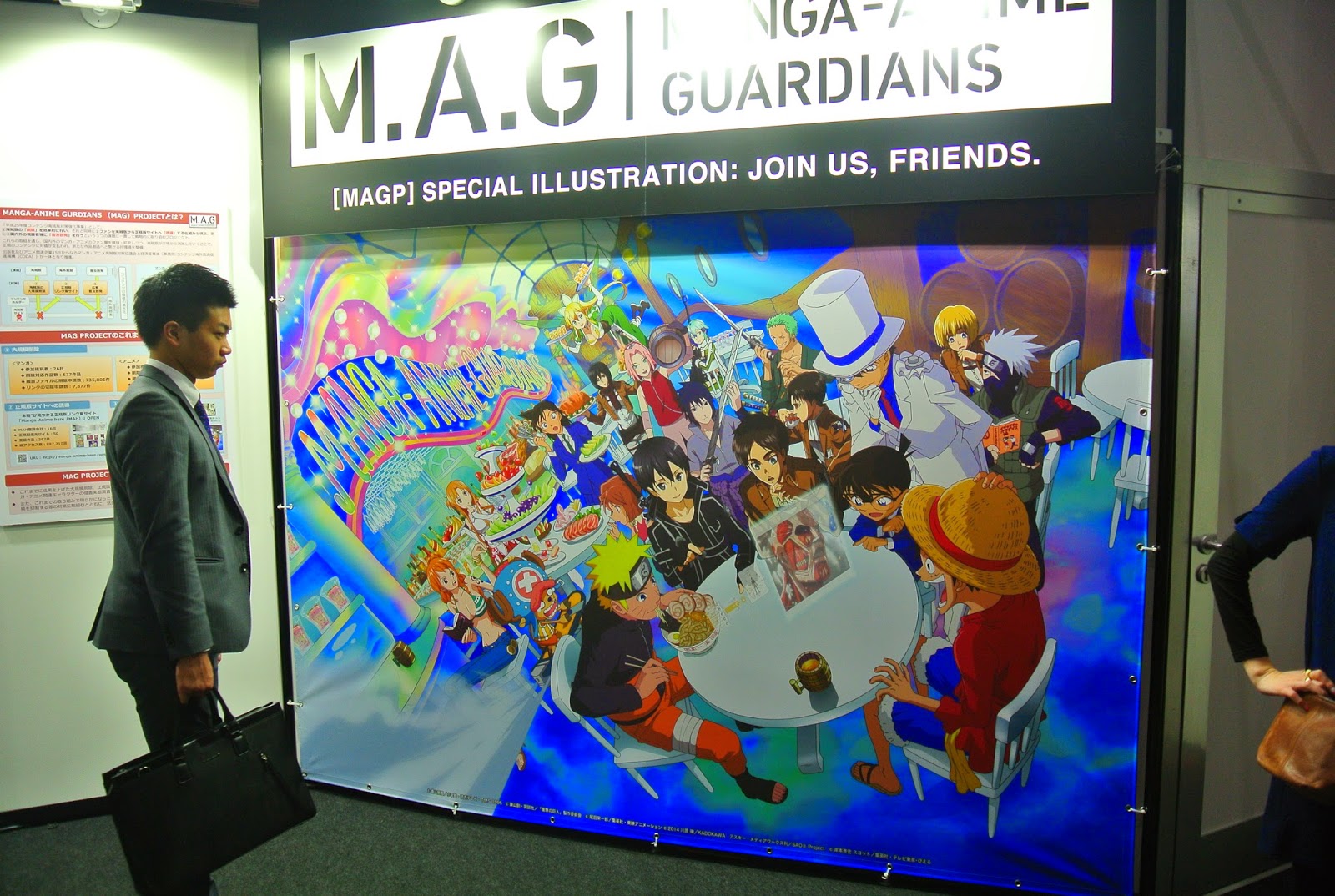 I started the day by meeting some friends at Odaiba before heading to Tokyo Big Site for Anime Japan 2015. I melted into the droves of  people eager to sample what the industry had to offer for the next quarter, with displays highlighting both familiar faces like Leiji Matsumoto and Mobile Suit Gundam, and short films by new and old directors under the umbrella of Nihon Anima(tor)'s, an initiative headed by Evangelion creator Hideaki Anno. If the weaving through endless streams of people in two gargantuan halls wasn't enough to tire me out, there was always the sensory overload: booths adorned with every moe character ever conceived, monitors looping previews of new series, films, and games, speakers booming left and right with enthusiastic characters over signature theme songs, costume clad promoters, and more merchandise than anyone could even try to afford. As evening fell I left with a big bag full of fliers, pamphlets, and a few souvenirs for myself. Hopping on the train to Kichijoji was a breath of fresh air that signaled both a departure from the never ending masses of people in the event halls but also to the whole anime/otaku subculture. I was going back to my other passion: music. 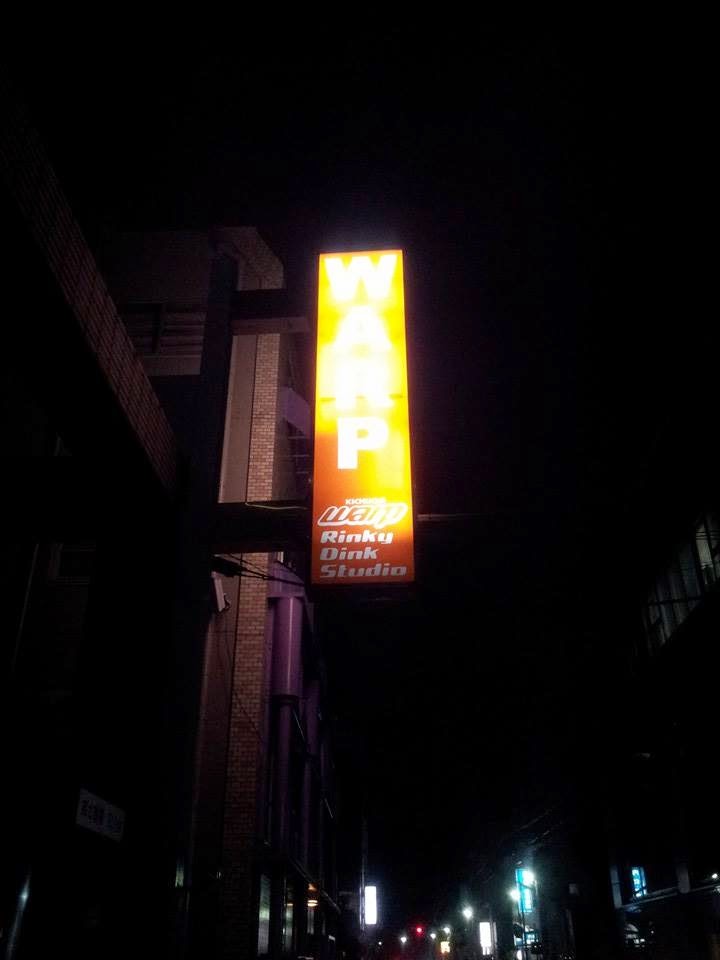 Cutting it close to harafromhell's start time, I dashed to Kichijoji Warp on foot from the station and managed to find the place quickly, coming upon the above sign in a lonely side street thanks perhaps to an adrenaline rush and no thanks to the rather vague directions I had found online.
I bolted down a few flights of stairs to the live house underneath and opened the door to harafromhell already starting their set. Warp felt just right: it was roomy enough that you could see even from the back but at the same time had just the right measure of intimacy 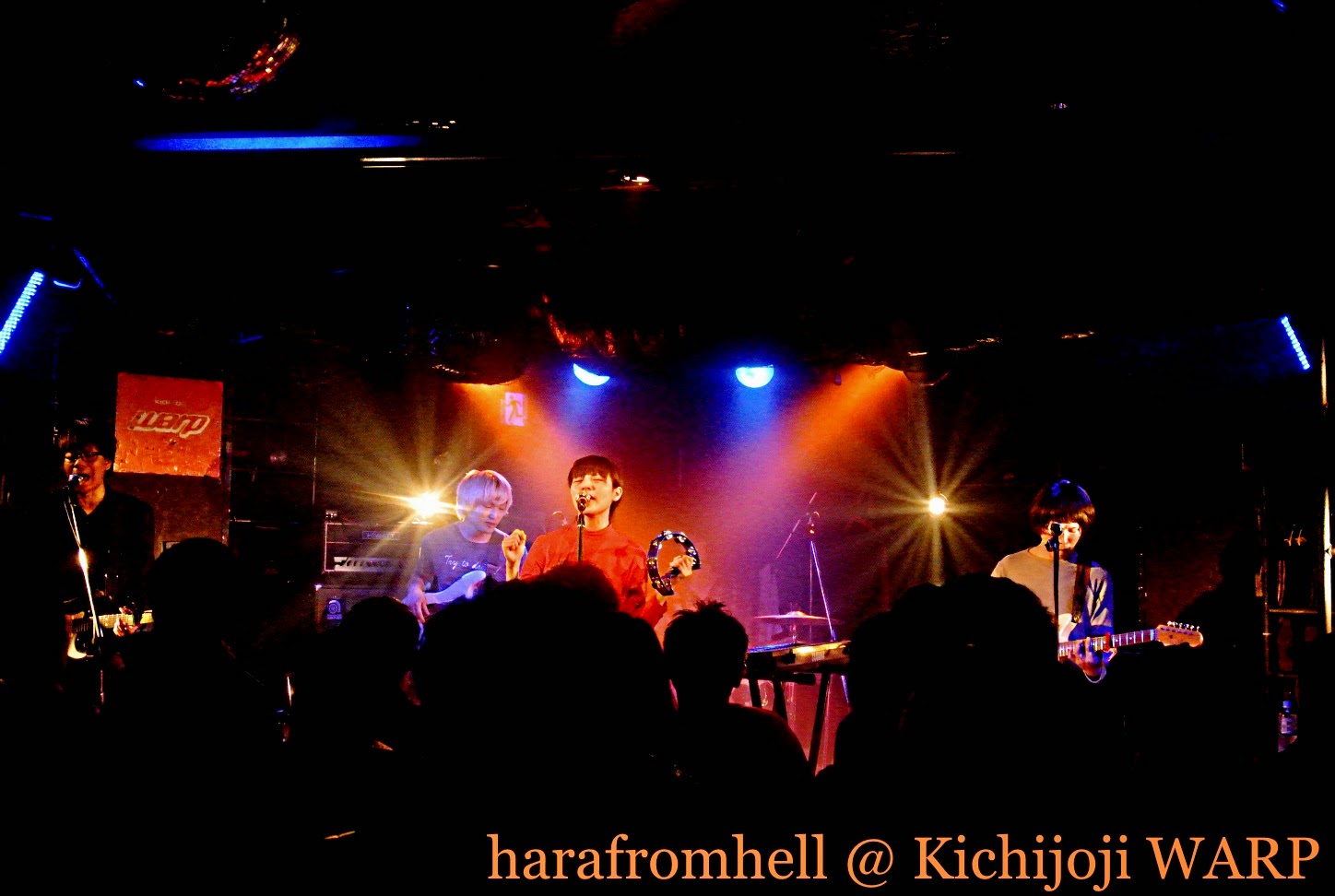 Vocalist Tatejima Yoko's delivery was dynamic and composed, but peppered with fits in which you could hear both desperation and fragility. She complimented the rest of the band who also had penchants for switching gears mid-song in favor of instrumental sessions that felt almost like different pieces altogether, a song writing style that kept their music fresh and the listener on their toes. They were tight yet brimming with diversity, which made for a really engaging performance, and gave both Tatejima and the band behind her great stage presence and personality. I found myself totally engrossed by the end of the slightly longer than normal set (they played for probably 45min instead of a usual 20-30). I'm really thankful I got to hear them play most of their catalog because after the show I ended up taking a liking to nearly all the stuff I heard on CD. Seeing them live was pretty different from listening to their much more toned down, folk-sounding studio recordings but both experiences are equally rewarding in their own ways (I would see Chiina later in the trip and make this same conclusion about them).


After the show I bought some CDs from the guitarist Hara Kento, who I talked to for a little bit before leaving Warp. On the way out I noticed that the first floor of the club was actually a small record store, something I had completely ignored when I was rushing down in order to catch their start time. I had never been to Kichijoji before, so I walked around a bit and stopped in a bookstore before I had to make it back to my hotel. Throughout my trip I would keep going back to their music, the all-white CD-Rs taking up a kind of permanent residence in my CD player, keeping me company during the shinkansen trips across Honshu.

I'm really jealous everyone in Canada got to see them before I did, but here's hoping the band will definitely go places from here on out.

You can check out more from harafromhell on the following: