Shunji Iwai to direct The Murder Case of Hana and Alice, an animated prequel to his 2004 film

I just saw the live-action film adaption of the manga series Honey and Clover  which featured Aoi Yuu as the eccentric child prodigy art major Hagu Hamamoto. As far as looks go, Aoi was a bit off from the pale and foreign looking Hagu, but nevertheless nailed the frizzed hair, petite stature, and lent her own cuteness to the part. Hagu only has a few utterances peppered throughout the manga and Aoi pulled this off as well without her acting coming off as too trite.
Completely unrelated, but I also stumbled upon some beautiful shots of Aoi while looking through an image search of Honey and Clover and later found out she voiced White (Shiro) in the film adaption of Taiyo Matsumoto's Tekkon Kinkreet. Then, one thing led to another and I came upon the page for her and the announcement for her latest film...a prequel to Shunji Iwai's Hana and Alice. 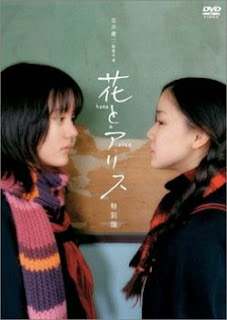 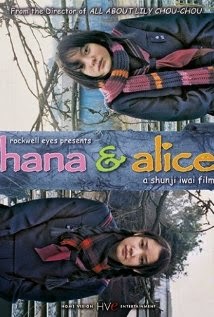 At first I thought it was absurd, especially considering the original two actresses had been cast again in their own roles: both of them must have surely aged since the filming of the original, so why have them in a prequel where they should be younger? Ah...then I discovered a key word I had glossed over: animated. Yes, this is going to Shunji Iwai's first animated film. It's been announced just last month and the following is the first teaser of the film, due to be released in February.


On Wiki, it's important to note that the film,  is translated as The Case of Hana and Alice when the Japanese title clearly indicates this "case" is a murder case. I admit I do like the working English title but it leaves out quite a bit of important implications the Japanese original has. The Japanese also separates the title. It's literally "Hana and Alice (space) A murder case" (花とアリス 殺人事件).


For those who haven't seen the original film, Hana and Alice was a poignant portrayal of two school girls who fall in love with the same boy and are both equally trying to capture his heart. However, although marketed as a romance rivalry ala a typical shojo manga, the film's ending and, in retrospect, the title itself, reveal a more pervading theme that is much more rewarding: the coming of age of two young women and the friendship that blossoms between them as time elapses. It's a beautiful film, perhaps quite long, but if you're fond of the kind of bleak cinematography and portraits of mundane youth in Japan that Iwai is so fond of putting on display in his films it'll be a winner for you. How an animated adaption of a back story to the two will play out is anyone's guess. I felt like Hana and Alice was the last great film from Iwai, so I'm hoping this re-examination of one of his older works is an indication that he's back to making great films again. 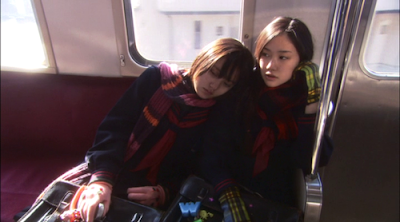