I could give a ton of amazing Ging Nang Boyz anecdotes but will probably save the snooze fest of reminiscing for later and get to the point.

A few days ago it was announced that Ging Nang Boyz had finally stepped out of the studio and completed recording for their latest album. However, Chin Nakamura (guitar) and Abiko Shinya (bass) are leaving the band.

They left the following parting messages on the Boyz's official website in light of their departure: 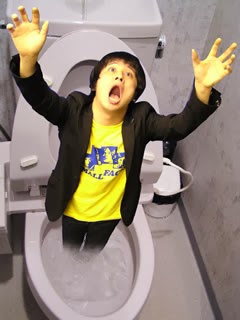 I am extremely happy that Ging Nang Boyz have finally been able to complete our new album.
Seeing the album through to its completion and feeling drained for all my efforts,  I've arrived at the decision to leave the band.
Thanks to so many people, I've been able to experience the madness, immense laughter, and a unique, otherwise unattainable happiness.

Thank you so much!

Years of blood, sweat, tears, and laughs make up this album.
Even if it's a single soul or many different people, there is truly nothing more satisfying than if they enjoy our music.
Please give it a listen, everyone. 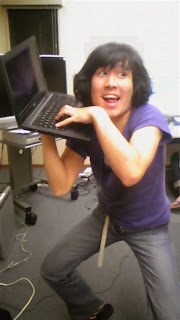 "From 2003 until the present I've been a part of Ging Nang Boyz. We've learned and grown together.

These past 10 years have served as proof that I'm alive.

However over the years of recording I feel that I've used up all the energy dedicated to being in this band.
Everything until now has been packed into our new material.

To everyone that has given us so much love so far
and to those who will be listening to us for the first time:
this is the Ging Nang Boyz."

From the Official Ging Nang Boyz site , check it for the original Japanese.

I thought the Boyz were perfect with their current line up and to see Abiko leave is just heart wrenching considering how great the guy was on the bass. I know someone mentioned one time how sick his bass lines were - you just have to peel away layers and layers of noise madness to get to it.
Chin, despite being the newest member of the band since he replaced the old guitarist of Going Steady, seemed to seriously bring them to life. He fit in almost too perfectly and it seemed like it was just meant to be. It's almost unbelievable to think of him as not being with them from the start which is probably why it's hard to say a lot about him leaving. They just won't be the same without his contorted face shredding half-naked on a guitar.
-
Then this morning there was a bit of a surprise: not one, but two new albums have been announced for release. (I didn't want to spoil it by indicating the tense in my sentences above! Thanks Japanese, for being a language with few indications of noun plurality) One is a good old album entitled 光のなかに立っていてね (Rise up in the light) and the other is Beach, a "live-remix" album. I have no idea what that spells for the contents of the record. I don't think I've ever heard of a live-remix album before and there are definitely some weird words made up on the spot in Japan to categorize these concept albums. So far, only the bare bones of both release have been revealed and you can check them out, again, at the official site. 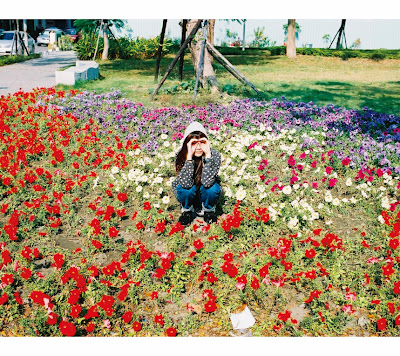 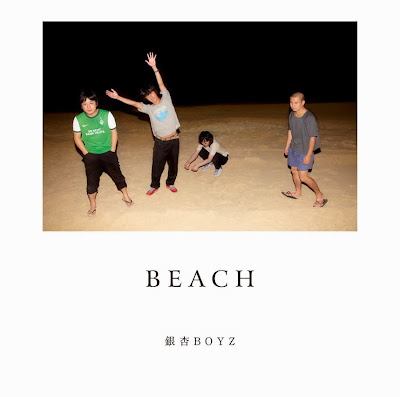 They both drop on January 14, similar to the same-day release of DOOR and  for 2500yen(BEACH) and 3000yen(光のなかに立っていてね). I'd be over confident and say that the best album of 2014 is going to be out really early this year, but at the same time I admit I'm a little nervous. Still, given that the Boyz have been doing nothing but recording for awhile without playing shows - it's been a depressing nine whole years since the last double-album release - there has to be something good on there...right? (OF COURSE)
It's going to be a grueling one and a half months of waiting, but until then..!

Edit: I took a look back at an old GNB flier for their first two releases in 2004.
For those of you that aren't aware, Japanese music releases are always on Wednesdays. So in 2005, January 14 fell on a Wednesday and exactly 9 years later, in 2014, it also falls on a Wednesday making this release possible. For example, if they chose 1/14 in 2013, which is a Monday, it wouldn't work because they could only release on Wednesdays. It's like they waited exactly 9 years and planned this out from the very beginning!