I have to admit, it's really difficult to write up an introduction to the two small shows I saw in Tokyo. I took two long, straining journeys. 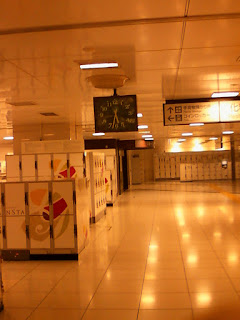 ast on a night train, going to and from Narita airport to see friends off, then back into Saitama to where I would be staying. The first leg, which consisted of a train from Okayama to Himeji, then to Maibara, then stopping at an unknown station to take a night train, was, to put it simply, crazy. From the start I arrived late for my train at Okayama station, going through the turnstiles with my gigantic luggage a minute or two before the train pulled in. To top it off, I hadn't thought about it but being an evening train it was unbelievably crowded and was not very comfortable. When I transferred trains at Himeji, I bolted off one side of the train platform to the other since the connecting train left less than a minute after. The rest is like a blur. For exactly twelve hours I was caught up in the tangled train network in Japan, taking the midnight train that went to Tokyo and arriving in the capital at around 5 or 6 in the A.M.
That day was just as crazy, taking a train to and from Narita airport to see friends off. The train was about an hour and a half, not to mention waiting for connections and whatnot and missing the once an hour train by five minutes. My luggage was taking a toll on me by the time I reached the city of Fukaya, where my loving host family had graciously extended their gratitude to let me stay there since I had come into a predicament with a friend in Tokyo and had no place to stay. Arriving in Fukaya and eating sushi with my host family put this warmth in my heart that I had finally finished the grand journey, the physical journey, of the end of my stay in Japan.

But as the physical jour 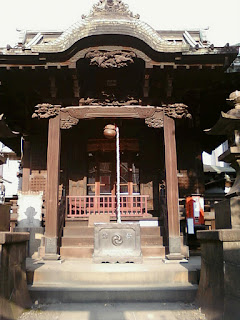 ney battered down my body and fatigue set in the mental journey was raging on in my head. It's hard for me to come to realization with things many times and even the weight of this move was hard to fathom: I had just left my lodgings at Okayama University, where I had stayed for four months. My friends, my teachers, people fellow students: I wouldn't be seeing them again for a long time, perhaps even forever. The last few days in Okayama were extremely unsettling for my mind; the inside of my head felt about as cluttered as the room I was trying to move out of. Yet I had such an awesome time and my memories there I won't soon forget. I can't even come to describe it any more in words and will leave it at that.

With this in mind, I set myself up for a couple days in Tokyo. I wouldn't be in the city, in fact, far from it, but I was able to attend two small shows and check of a couple bands that were on my "to-see-live" live list once and for all. I suppose I can fall back on the word "unsettling" for the mood I had when attending my shows in Tokyo, but nevertheless they were all worthwhile for me. Hopefully you will read on and enjoy my next two live reports, with these thoughts and feelings of my experience in mind.