As of late, I have found myself in a rather unfortunate situation financially, which has resulted in me going to the extreme to conserve my leftover funds until I receive my next stipend on the 25th. However, this doesn't go very well since between now and then I have all sorts of free time but cannot make use of it, and after I receive the scholarship a whole bunch of things are going to be going on since it will be the last week or two I am here. Basically, if I wanted to do anything on my own now would be the time but I can't.

Still, the bottom line is I'm not going to be here much longer and as the days wind down I am actually counting down the number of shows I have to go to in Okayama(my excursion to Tokyo after is looking pretty gloomy in terms of shows, but lets not discount a miracle from happening yet). Here is a brief summary of the shows I'm going to be catching from now until my departure in about three weeks:

s with a diverse lineup like this happen in Tokyo every other night, but rarely do they find their way to this part of Japan. Thankfully, with the release of their new album "for all the innocence", the funky instrumental band LITE will be making this show happen, and at the awesome venue that is Pepperland, none the less. I'm an avid fan of avenger's in sci fi, though recently I haven't been very keen on keeping up with them. Their drummer is pretty great. De De Mouse is a long time one-man DJ that actually did a remix of a LITE song some time ago. I haven't heard his music, so I'm looking forward to how his set will turn out. I've heard of Lite for awhile but recently they've been really changing up their sound. Instead of just a straightforward instrumental, kind of post rock kind of sound, the band has been experimenting with electronics taking their sound to a whole new level(compared to their first CD where it was just the four jamming it out). They delve a little too deep into electronics for me on their recent CD, but I'm sure it'll turn out pretty good live.

ercoat three months ago(it will be just about exact on the date of this show) when they passed by Okayama for their "ecobag" tour. That night had a HUGE lineup, probably like 10+ bands, and I have no idea how long into the night the show lasted since I arrived in the middle of Re-zen's set, saw mothercoat right after, then left. They were great and for sure lived up to the high expectations set out of them by people online, hailing them as that one band you just have to see live. They were great, but I remember not feeling too hot that night. Now that I'm more hyped I'd love to see them again and probably stay the whole show.

Well, they aren't the only ones playing that night but Yugami is going to be the sole reason I go to Crazy Mama 2nd room on this night. I've been in love with this modest, duo who play honest, slightly melancholic, indie pop. Between the last time I saw them they've had only two more shows, both of which I absolutely cannot make it to, so this is sort of my "goodbye" to them. Sadly, there was a pretty cool band playing at Pepperland on this day too, "hotspring", a new rock'n roll band from Tokyo, but I'm going to Yugami's gig for sure.

ghostnote is a band I've seen but never got into, and I never knew they were from Okayama. I've seen posters of them countless times but I dont remember their music ever doing anything for me. That's not why I'm going to this show though; it's because Owarikara, Japan's psych-rock revival band, is going to be on the roster. I was pretty disappointed when the band decided to stop in Kobe(a city away) for not one, but TWO dates on their upcoming tour and didnt make plans to come to Okayama even once, even if they did TWICE last year. Thankfully they changed their mind and this is probably going to be my last show in Okayama, and probably one of the ones I'm most stoked for.

Also, upcoming gigs I haven't written about yet: Polysics, eastern youth, Re-zen/yugami/jozee/etc. All were fantastic, and I'm getting to write them up soon. 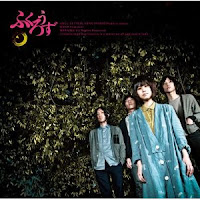 In other news, one band that I'm finally enjoying is ふくろうズ(Fukurouzu). I picked up their debut EP, ループする(loop suru), at tower records when I first got here(!!!) but only now am I getting really into the record. It's really great how the male and female vocals, both very delicate sounding, harmonize so beautifully. The vocals are the main reason I love this band, and it just brings the instrumentation together. In a strange way, I also love the latter half of the album more than the former, which almost never happens with me. "Saturday Night" and "Miami" are my absolute favorite tracks. If you're a fan of female fronted bands, especially with a melow tone to them, Fukurouzu is an excellent choice. They're rather famous now, with their debut album on EPIC records, but I haven't heard any other recordings other than this debut EP. Still, I liked the single on their new CD when I listened to it at tower records, so lets hope they can still make beautiful songs like the ones in this CD.